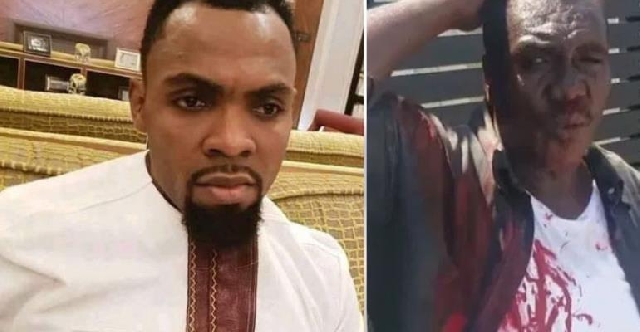 It “is not true” that some members of the Anointed Palace Church attacked officials of the Tema West Municipal Assembly (TWMA), including the Municipal Chief Executive (MCE), and vandalised their cars, the Protocol Officer of the church, Mr Kwabena Owusu, has refuted.

The MCE and his team were at the premises of the Community 18 branch of the church founded by Reverend Obofuor, as part of their routine checks when the irate youth allegedly pounced on them and subjected them to severe beatings.

Narrating the incident, the Head of Local Government Service, Dr Nana Ato Arthur, who also cautioned religious bodies to desist from violence, said: “On 25 November 2019 at about 10 a.m., with five vehicles, four pickups and that of the MCE, they got to the Anointed Palace Chapel at about 11:30 a.m. and, as a normal practice, the head of works requested for their building permit documents which they failed to produced.

“The head of works had previously issued four summonses to the church but the leadership of the church never showed up. So, the head of works served them with the summons to report to the office the following day with their documents. He instructed the task force to write on the portion of their wall, as usual, to: ‘Produce permit by Tema West Municipal Assembly.’

“Just when they moved to carry on, some youth of the church jumped on them, took their red paint, poured it on them, closed their main entrance gate and started beating them up with sticks, cutlasses and smashed the vehicles of the engineer, the municipal finance officer and the rest of the task force. Indeed, the task force members received their fair share of beatings to the extent that the engineer’s vehicle and cell phones were smashed.

“The incident was reported to the Sakumono police station and officers were deployed quickly; they rushed to the scene and arrested five of the culprits.”

However, Mr Owusu maintained in an interview with Valentina Ofori-Afriyie on Class91.3FM’s 505 news programme that the Assembly did not come to the premises with the police but rather well-built men and demanded to see Rev. Obofuor, who was not present at the time because he was on a trip to Kumasi.

“They came with ‘machomen’… my people didn’t insult anybody because I know my boys,” he narrated.

“Nobody beat anybody. When they said they broke the cars, I want to see the cars. If they say their cars have been damaged let me see the cars then we see what to do,” he insisted.

On allegations of having beaten an official to a pulp, Mr Owusu stated that nothing like that happened.

“It is not blood, it is paint. I can challenge that,” he rebutted.

However, the Municipal Coordinating Director at the Assembly insists that his officials were pummeled.

He explained that the Assembly had requested the church to produce their permit on four occasions in the past which the worship centre failed to do. According to him, their mission on Monday was to write on the wall for the church to present their permit.

But “they attacked us and threw the paint on the staff and then assaulted as with metals and cutlasses and the Sakumono police came there” to pick the culprits.

He said it was unfortunate that church officials will attack the Municipal Finance Officer and smash the phone of the Assembly’s engineer as well as smash the glass of two vehicles belonging to the Assembly.