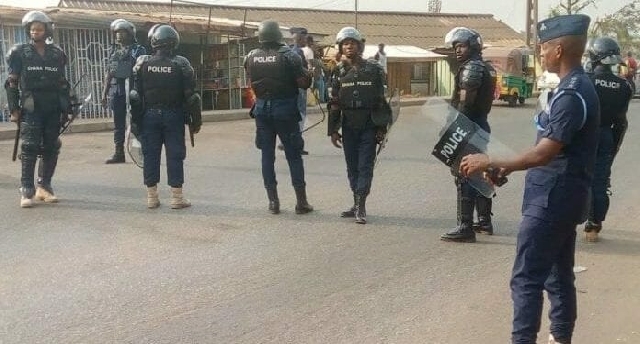 Five suspects were, on Tuesday, 7 July 2021, arrested by the Ashanti regional police command over the violent clashes that occurred between the Asante youth and the Zongo youth at Ntonso in the Kwabre East Municipality.

The Public Relations Officer of the command, ASP Godwin Ahianyo, said the suspects were screened and three of them have been charged for rioting with weapons.

He said the other two persons have been cautioned and granted police inquiry bail.

He said the three suspects will be arraigned soon.

It is recalled that some Zongo youth and Asante youth clashed at a pub called "No Size" on Sunday, 4 July 2021.

The melee resurfaced on Monday morning, 5 July 2021, resulting in violent clashes causing injuries to about six people and destruction of property.

The Kwabre East Municipal Security Council has, thus, closed down three drinking spots at Ntonso, which have been the source of violent clashes in the community.

The bars include No Size pub, Sandy's pub, and Koyobeda drinking spot.

The council has also directed other bars in the community to close at 8:00 p.m.