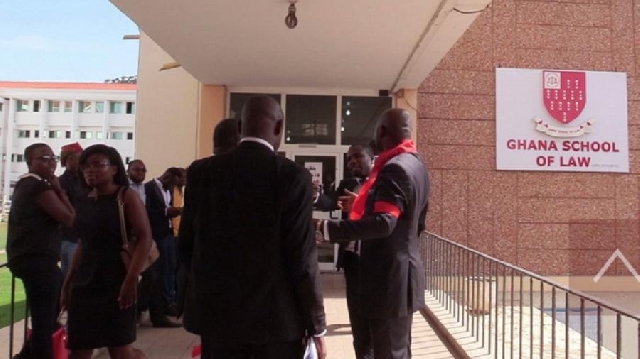 Some 1045 law students have passed this year’s entrance examination paving the way for their admission to the Ghana School of Law, ClassFMonline.com has gathered.

This is out of a total number of 2,720 candidates that sat the exam.

The results of this year’s exam was of public interest due to the mass failure that was recorded last year and previous years.

There was a similar magnitude of failure the previous year (2018).

Unhappy with the outcome, the law students demonstrated on Monday, 7 October 2019 to demand reforms in legal education in the country.

Members of the Law Students Association said back then that the mass failure was a deliberate attempt by the General Legal Council (GLC) to deny people access to legal education and make it a preserve of a few.

The immediate past Chief Justice, Justice Sophia Akuffo, at the time, stated that the mass production of lawyers will not happen under her watch.

She stated: "Those of you lawyers and those of you lecturers who are busy advocating free scale, mass admissions into the professional law course, and mass production of lawyers, be careful what you wish for."

"So long as I have anything to do with it, it won’t happen.

"Just like you can’t mass-produce doctors and surgeons, Ghanaians must not have mass-produced lawyers imposed on them,” the Chief Justice said when she addressed the Bench, Bar and Faculty Conference at the Labadi Beach Hotel on the theme: ‘The Changing Landscape in the Law – the Judge, the Lawyer and the Academic’.