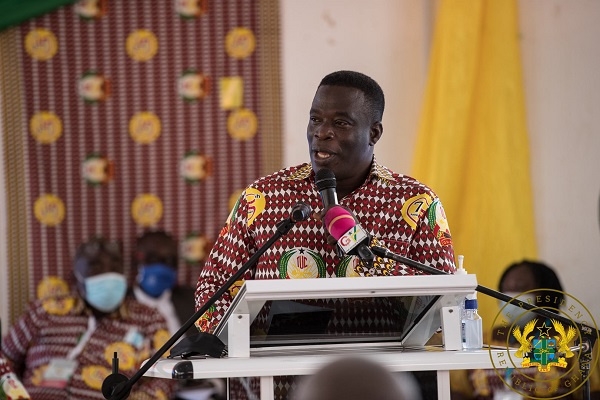 The Minister of Labour Relations, Mr Ignatius Baffour Awuah, has called on the various teacher unions who have hinted at plans to embark on an industrial strike action in protest against the newly-appointed Director-General of the Ghana Education Service (GES), Dr Eric Nkansah, to exercise restraint while the matter is being resolved.

This comes ahead of a proposed meeting between the leadership of the various teacher unions opposed to the appointment of the Acting Director-General and the minister.

The meeting is scheduled to be held today, Friday, 4 November 2022.

The unions threatened an indefinite strike over the appointment of Dr Nkansah.

Meanwhile, a group calling itself All Teachers Alliance, has described the justification provided by the other unions as “perplexing.”

The All Teachers Alliance said teacher unions are supposed to represent teachers and act in their best interest but rather they have occupied themselves with opposing the choice of a new director general.

The Alliance noted: “The profession is still plagued by problems with promotions and transfers, and it doesn't appear that the teacher unions have made any desperate attempts to guarantee that these problems are remedied. Far from it; after negotiating substandard laptops for teachers, GNAT, NAGRAT, and CCT's credibility is now in question”.

It emphasised: “If teacher unions are truly concerned about the predicament of teachers, we do not believe it is appropriate for them to call for a strike in protest of an appointment when they claim the new DG does not even merit that gesture.”

It reminded teachers that “the DG is chosen politically. No teacher or GES employee automatically holds the position of director-general. The administrative nature of the director-general's position means that it can be filled by the most seasoned administrator from a variety of backgrounds”.

“The DG works collaboratively. He is supported in his duties at the Headquarters by three other sub-directors. A mistaken impression that the new DG is only a banker is also present. That is untrue. The new DG had previously taught in tertiary and SHS settings.

“He [the new Director General] has done a lot of work for the Ministry of Education.”

It, therefore, implored teachers to “refuse any unproductive call for strike that serves the interests of a select group of privileged national officers of GNAT, NAGRAT, and CCT. No one has asked them to oppose a political appointment; it is their interest and vindictiveness.”