Call off strike, let's meet and talk – NLC to TUTAG 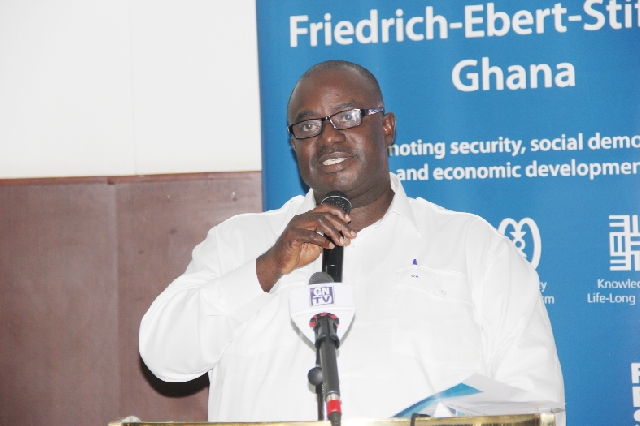 The National Labour Commission has asked the leadership of the Technical University Teachers’ Association of Ghana (TUTAG), to suspend its intended strike.

TUTAG, in a statement, indicated that its decision is a result of unfavourable conditions of service as well as the nonpayment of research allowance arrears and tier-two pension contributions for its members.

“The conditions of service for TUTAG members expired since 2006”, the statement said.

“We have since been engaging the government to get us new conditions of service to no avail”, the group said.

“Though the government has agreed in writing that we are to enjoy the same conditions of service comparable to the traditional universities, that is yet to be implemented”, adding: “2018/2019 research arrears due TUTAG members have since been pending”.

“Tier-two pension payment for TUTAG members going on retirement has since not commenced despite repeated promises by the government,” the statement added.

The statement, however, urged TUTAG members to continue to render community service in their capacities as lecturers.

But in a counter-statement signed by the Executive Secretary of the NLC, Mr Ofosu Asamoah, the leadership of TUTAG was invited to appear before the commission to discuss their grievances.

“The National Labour Commission, in the exercise of its power under Section 139 (4) of Act 651, wishes to draw the attention of the leadership of TUTAG to Section 159 and 160 of Act 651, which provides the processes for the declaration of strike, and, hereby, advises TUTAG to refrain from any and/or all intended industrial action”, the NLC said.

“We are, by this letter, inviting all the parties to appear before the commission on Wednesday, June 16 at 3:00 pm for a hearing of the issues in dispute”.