Commonwealth Hall disassociates itself from violent clashes on campus 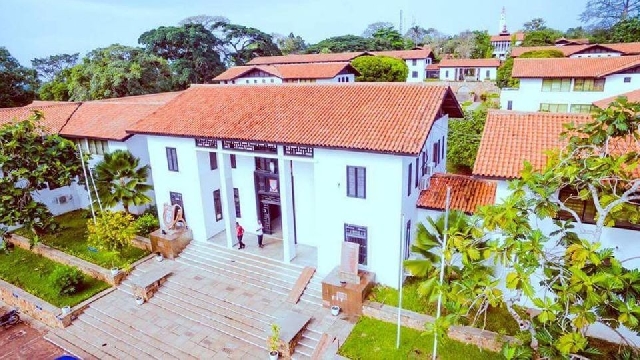 Commonwealth Hall which was involved a chaotic confrontation with their colleagues at the Mensah Sarbah hall all of the University of Ghana has disassociated itself from the violence that ensued on Friday night.

The Hall, in a communique co-signed by JCR President, Paul Anim Inkoom and JCR Secretary, Daniel Kofi Boakye, noted that “the attention of the leadership of Commonwealth Hall Junior Common Room (JCR) has been drawn to some media reportage and a press release emanating from the University Management dated 6th August 2022, echoing a clash between students of Commonwealth Hall and Mensah Sarbah Hall.”

According to the leadership of the Hall, it has not engaged in any such acts of violence, adding that they condemn any attempt by any office or media house to put the Hall’s name into disrepute.

The clash between the two traditional halls occurred during a procession by residents of Mensah Sarbah Hall.

There has been massive police presence on campus to forestall any reprisal attacks. 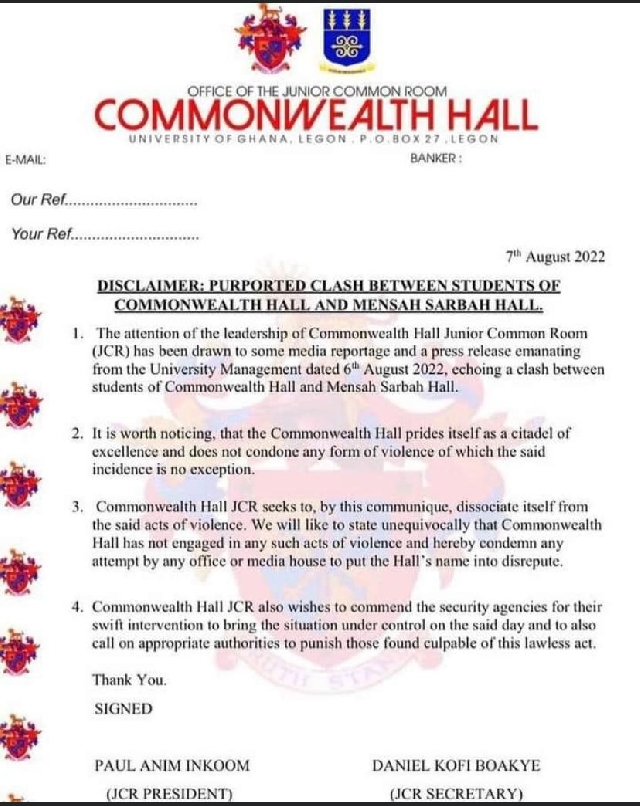 Meanwhile, the management of the University has issued a statement signed by its Registrar, Mrs Emelia Agyei-Mensah, condemning the violent clashes between students of the two halls.

The university authorities “noted with concern, yet another series of clashes between students of Commonwealth and Mensah Sarbah Halls, which occurred late in the evening of Friday, August 5th, and in the early morning hours of Saturday, August 6th, 2022”.

“Management condemns these needless acts of violence that have led to injuries and destruction of property, and calls on students of the two Halls to immediately halt any planned continuation of these acts”, the statement said.

It added: “Efforts to identify the perpetrators are ongoing, and those found culpable of breaking national laws or University regulations, will be appropriately sanctioned”.

“Management assures the University community of its resolve to ensure that academic work and other activities proceed without hindrance, and of its commitment to safeguarding peace and stability on all campuses of the University”, the statement noted.