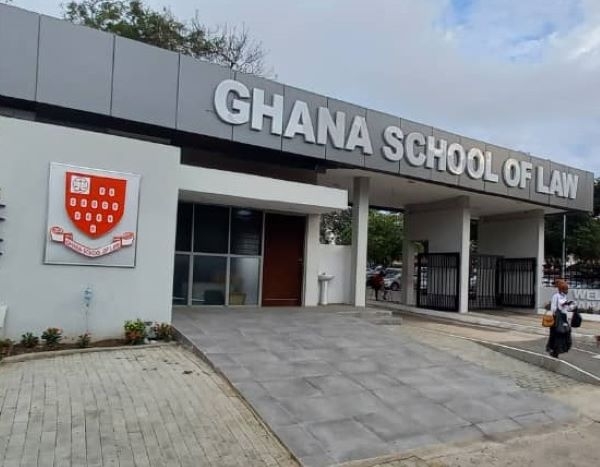 The three-member Committee set up to probe allegations of financial malfeasance within the Students’ Representative Council (SRC) of the Ghana School of Law (GSL) has said monies belonging to the Council, were “mismanaged and or misapplied” as a result of lack of good governance.

The Committee also attributed the mismanagement and misapplication of monies belonging to the SRC to “lack of good governance and accountability non-compliance with the SRC Constitution.”

According to the Committee, the evidence gathered confirms that the interdicted President of the SRC, Wonder Victor Kutor “acted against the best interest of the GSL-SRC and failed to exhibit the good character and/or level of integrity required for holding the high office of SRC President and enrolment as a lawyer.”

The Committee in its report noted that: “The national interest and negative publicity that Ghana School of Law attracted following the allegations of conflict of interest and impropriety levelled against Mr Wonder Victor Kutor is indicative of the seriousness that the public attaches to the need for integrity in persons aspiring to be lawyers or to have anything to do with the administration of justice.

“It is also a reflection of the risk of impending reputational damage to the school if appropriate sanctions are not applied.”

It has therefore made some recommendations including: “Rescission of the contract for the supply of the Toyota Corolla as being void ab initio based on the non-existence of Submaxinn (Motors) Consult and the misrepresentation in the age of the car, a refund of the purchase price of the vehicle” by Mr Kutor, who was the recipient of the purchase price.

The Committee further recommended “Criminal investigations into the procurement/bidding process due to the clear case of deceit in passing off a 2014 Toyota Corolla vehicle as a 2015 model and doing so through a non-existent entity, Members of the Procurement Committee must be reprimanded for the lapses in their evaluation of the bids submitted for the supply of the Toyota vehicle.”

It recommended that the treasurer of the SRC, Bernard Akyereko, “also be reprimanded for his failure to probe the SRC President's instructions to co-sign cheques for various SRC transactions including the sum of GHS71,500.00 for the Toyota Corolla vehicle and the disbursement of the monies paid for the USA trips for other purposes.”

It also recommended that the “Momo business operated with Wonder Consult's sim card should be suspended and an audit conducted to ascertain if SRC funds were used in running the Wonder Consult Momo business and if any profit has accrued to the SRC.

“The SRC may apply for its own merchant sim card and engage an eligible candidate to operate it on its behalf “and “foreign trips organised by the SRC must receive prior approval from the Management of the Ghana School of Law and students who embark on such trips must procure or be provided with travel insurance for the duration of the trip,” among other recommendations.

The management of the GSL set up a three-member committee to investigate allegations of financial impropriety within the SRC.

Mr Kutor was interdicted over allegations of financial malfeasance.