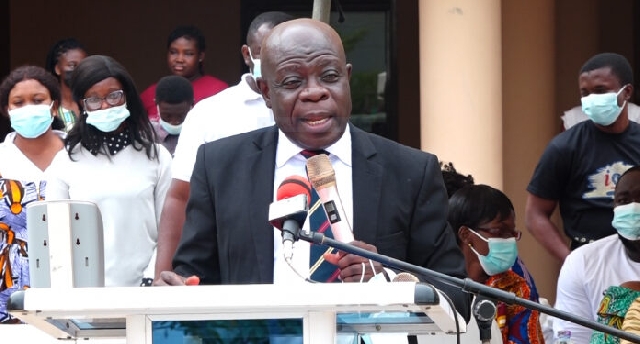 The tenure of office for the current Director-General of the Ghana Education Service (GES), Anthony Boateng has been extended

The tenure of office for the current Deputy Director-General of the Ghana Education Service (GES), Anthony Boateng has been extended.

“I am pleased to inform you that the President of the Republic has granted you a further one-year of contract of service as Deputy Director-General (Management Services) of the Ghana Education Service,” a letter signed by the Secretary to the President Nana Bediatuo Asante stated.

During the period of extension, the Deputy Director-General is expected to continue in his current role and “assist in the development of the National Education Institute as approved by the cabinet.”

The Minister for Education, Dr Yaw Adutwum, advocated the tenure of office for the current Deputy Director-General of the GES, to be extended following the expiration of his post retirement contract.

In a letter addressed to the Secretary of the President at the Jubilee House, the Education Minister said: “Referencing the general principle and policy on post retirement contracts in Ghana; I should be grateful to respectfully request for another one-year extension of contract for Mr Anthony Boateng; current Deputy-Director for Management Service.”

Mr Boateng had on 2 August 2022, been granted a year extension of service post retirement contract.

The contract ended this year.