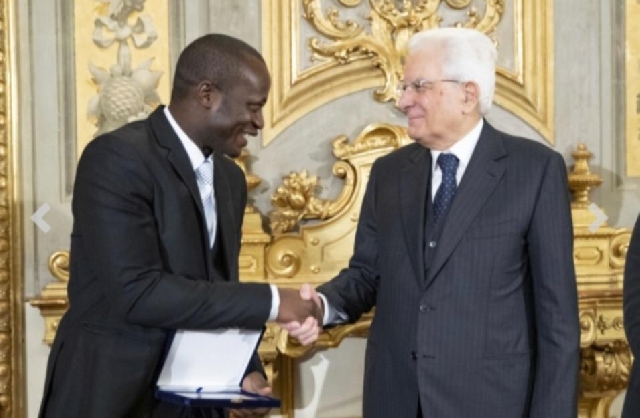 A Ghanaian Master’s student at the Durban University of Technology in South Africa, Emmanuel Kweinor Tetteh, has received an ENI award.

He was one of eight recipients of the ENI research awards in Rome, Italy. 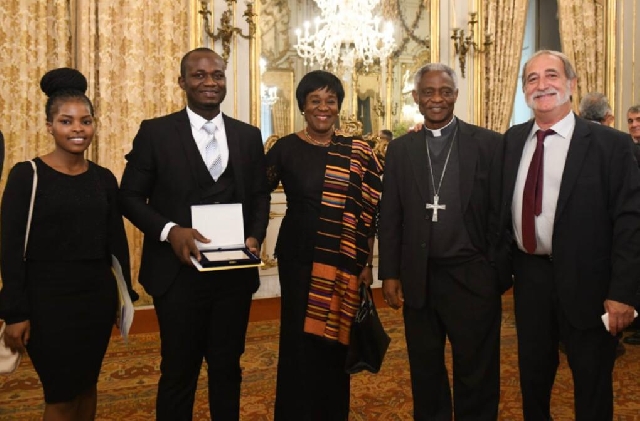 The award scheme was established in 2007 for researchers in recognition of their achievements in the fields of energy transition, energy frontiers and advancement of environmental solutions.

Mr. Tetteh’s award was for his Master’s degree thesis and the subsequent proposed research project concerning the evaluation of a process integrating the use of innovative photo-catalysts and biological treatment systems to improve the treatment of wastewater and, simultaneously, to convert CO2 into fuels.

The award was presented to him by the President of Italy, Sergio Mattarella, at a ceremony held in Rome.

Mr. Tetteh was accompanied to the ceremony by Eudora Hilda Quartey Koranteng, the Ambassador of Ghana to Italy, and Cardinal Peter Ampiah Turkson to receive his award.