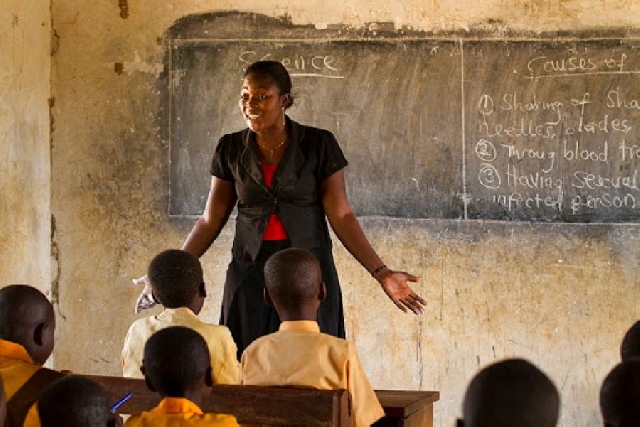 A teachers' group, Innovative Teachers, has said the cost-sharing idea by the government in providing teachers across the country with laptops is not in accordance with the labour law.

This follows an announcement by President Nana Addo Dankwa Akufo-Addo that the government will give 280,000 laptops to teachers in the country.

According to the teachers, if the government wishes to give the Ghanaian teacher a laptop, it must be free and not come at a 30 per cent cost to the teacher.

The teachers in a statement signed by their Secretary, Christian Aidoo on Wednesday, 10 March 2021, noted that in accordance with the labour law, it is the responsibility of the employer, the Ghana Education Service (GES) to provide all necessary tools for the work of the teacher.

“This cost-sharing idea of tooling teachers under the cloak of 'personal assets' is alien to the Labour Law (Act 651)”,

The group further noted that: “No survey was done to determine the number of teachers who have laptops and teachers who might not be interested in acquiring laptops from the government through cost-sharing.

“Teachers who are interested in paying 30 per cent of the cost of the laptop ought to have signed a consent form that would have formed the premise to produce a number of laptops in order to prevent waste of public funds.”

It continued that: “Procuring 280,000 laptops for all teachers when GES cannot force all teachers to pay 30 per cent of the cost of the laptops is a grotesque waste of public funds and a betrayal of protecting the public purse mantra by the President. GNAT, NAGRAT and CCT acceptance of this deal is irrelevant because the individual teacher has the choice to make whether to pay the 30 per cent cost of the laptop or not.

“Deductions of employees' salaries by the employer is regulated by section 70 (1 a, b, c, d, f and 2a. b, c, d) of the Labour Act (Act 651). Any attempt to force all teachers to pay the 30 per cent will be fiercely resisted through the court.

"The TM1 laptops are of doubtful quality just like the RLG laptops. There are no parts on the market to replace them when any part needs to be replaced and as a result, it will not last long to deliver the purpose for which they were procured.

"One cannot fathom but wonder why the state cannot procure laptops from known brands such as HP. Lenovo, Dell, Toshiba, Samsung, Sony, Acer that are generally of good quality and their parts can easily be replaced when they get spoilt.”

It also called on the government to “order the company contracted to produce of 280,000 TM1 laptops to stop production immediately” emphasising that: “In order to show respect to teachers and the labour law government must acquire laptops such as hp, Lenovo, Toshiba, Acer, and Dell for teachers. The laptops must be given to teachers free of charge. What is good for Article 71 officeholders is equally good for teachers under section 9(a) of the Labour Act.”

It added that: “What teachers need now is the payment of the legacy arrears from 2012 to 2016 and not the unsolicited distribution of laptops of doubtful quality.”

President Akufo-Addo announced that the government of Ghana will give 280,000 laptops to teachers in the country while delivering the State of the Nation (SoNA) on Tuesday, 9 March 2021.

“I’m happy to announce that the government is facilitating the acquisition of 280,000 laptops for members of Ghana National Association of Teachers (GNAT), National Association of Graduate Teachers (NAGRAT) and the Coalition of Concerned Teachers (CCT) this year”, the President told parliament on Tuesday, 9 March 2021, when he delivered his first State of the Nation Address for his second term.

“I acknowledge that the teacher is at the centre of every reform in the field of education”, the President acknowledged," Nana Akufo-Addo said.

He added: “Prioritising the welfare of teachers remains a key objective of the government.

“After the restoration of teacher trainee allowances, the government is now paying professional allowances to both and non-teaching staff – something you [NDC] found very difficult to do in eight years.

“Moving forward, the minister of education will soon detail an action plan for the implementation of the National Teacher Policy”.