Law school a constitutional right not a privilege – Sosu 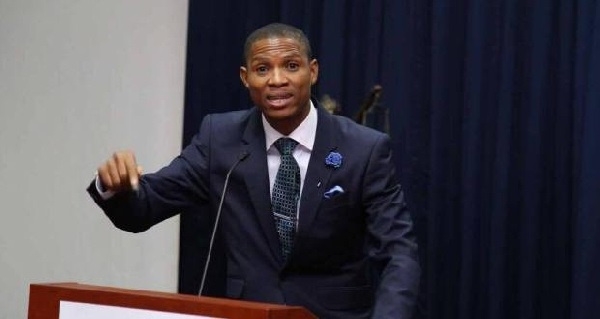 The Member of Parliament (MP) for the Madina Constituency, Mr Francis-Xavier Sosu, has said going to the law school is a constitutional right for applicants who qualify and not a privilege for a select few.

The MP’s comments follow the current debate going on with regard to admissions into the Ghana School of Law (GSL).

In a tweet, the MP, who is also a human rights lawyer, stated: “Law School is not a privilege, it is a constitutional right for every qualified Ghanaian.”

He also emphasised: “Articles 37 and 38 of our Constitution require the state to provide adequate educational facilities to guarantee equal access and opportunities to lifelong education without limits.”

The Attorney General and Minister of Justice had said parliament has no power to direct the General Legal Council (GLC) to admit some 499 candidates who sat and passed the Ghana School of Law entrance examination.

Meanwhile, the Madina MP, together with the MP for South Dayi Constituency, Mr Rockson-Nelson Dafiamekpor, have initiated a private member’s bill to have the Chief Justice, Kwasi Anin Yeboah, and other Justices of the Supreme Court, removed from the General Legal Council (GLC).

The two NDC MPs, in a letter dated October 26, 2021, addressed to the Clerk of parliament headlined “Private Member’s Bill,” is seeking an amendment to legal education provisions.

According to the letter, the bill is to amend the Legal Profession Act 1960, Act 32 to exclude the Chief Justice as well as other Supreme Court Justices from the GLC.

“This is to redefine the functions of the GLC and provide for reforms in Legal Education, such that accredited facilities of law with requisite facilities would be licensed to run professional law courses in the country,” the letter said.