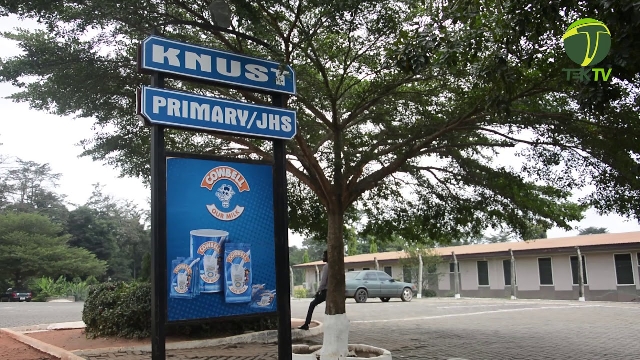 The Kwame Nkrumah University of Science and Technology (KNUST) primary school has been shut down due to the strike action by the Senior Staff Association of Public Universities of Ghana (SSA-UoG).

No pupil was seen at the premises of the school while classrooms were closed with the main gate to its premises locked when Class News’ regional correspondent Elisha Adarkwah visited the school today, Monday, 7 June 2021.

The Association declared a strike on May 18, 2021, and has now extended it to cover essential services like hospitals and clinics, basic schools, and Anatomy departments.

They are demanding the payment of Tier 2 pension arrears, award of market premium and non-basic allowance as well as the finalisation of negotiation of condition service.

Some parents and their wards got stranded on Friday, June 4, 2021, at the premises of the primary school because they said, they did not get any notification of the strike.

The strike has not only affected the primary school but some essential services of the university including the university's hospital.

A task force set up by the Association led by the Chapter Secretary, Mr George Ansong, was today moving around from department to department ensuring compliance with the strike.

A senior nurse in-charge of the children's ward at the KNUST hospital, Madam Philomena Boakye Dankwa told Class News that she was not aware that they were part of the strike and was just informed by the task force.

She said she was leaving the hospital to comply with the directive by the National Executive of the Association.

The KNUST Chapter Secretary of the Association, Mr George Ansong, said he was happy with the compliance level but indicated that there were a few of the members who complained that their bosses were threatening them.

He called on the government to resolve their grievances or they will not return to work.