The strike was declared at KNUST campus

Members of the Senior Staff Association of Public Universities have declared indefinite industrial action and called for a complete withdrawal of services.

They are demanding the payment of Tier 2 pension arrears, award of market premium and non-basic allowance as well as the finalisation of negotiation of the condition service.

The strike was declared at the campus of the Kwame Nkrumah University of Science and Technology (KNUST) today, Tuesday, 18 May 2021 by the leadership of the association.

National Chairman of the Association, Zakaria Mohammed warned that members who flout the directive will be sanctioned.

Talks between the government and the association over their concerns led to a March 31, 2021 deadline for the resolution of their grievances.

However, the Association in a statement dated May 6, 2021, and addressed to the National Labour Commission noted that the government has failed to hold its end of the bargain. 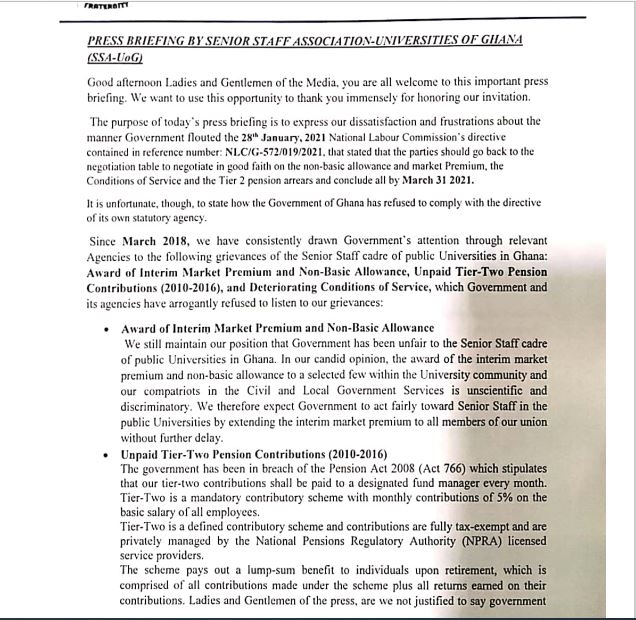 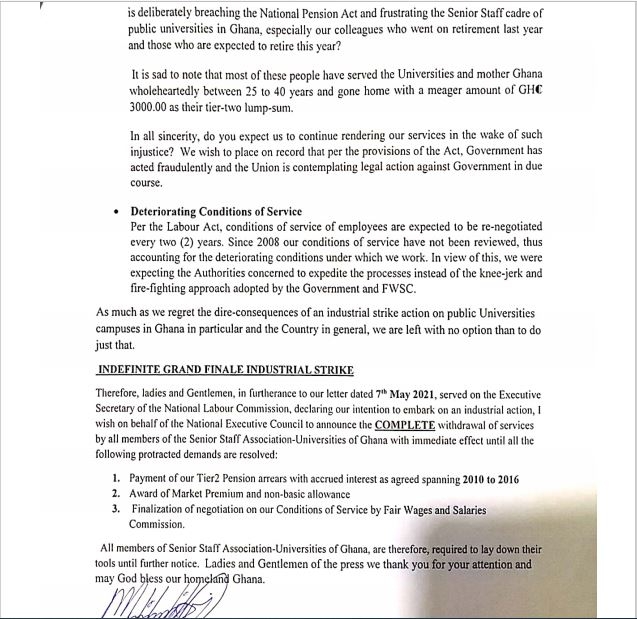