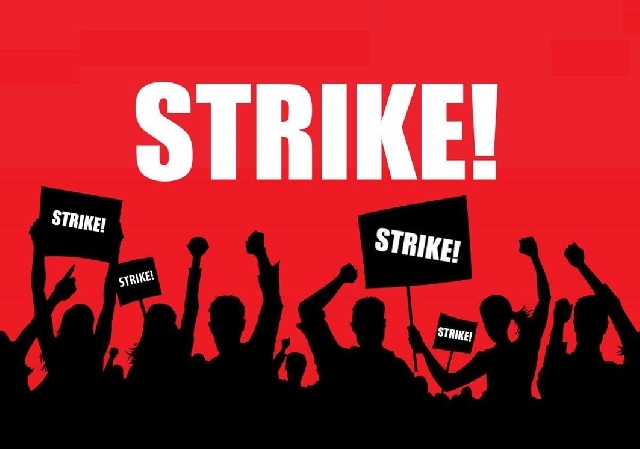 The strike starts on 2 August

The Senior Staff Association of Universities of Ghana has declared a strike effective 2 August 2021 in connection with the failure by the government resolve issues concerning their conditions of service.

In a statement, the group said the government failed to “respect and fulfil the agreements between both parties at different intervals.”

The association also accused the government of “contemptuous and total disregard to the National Labour Commission’s (NLC) directives on January 28, 2021, upon hearing from both parties to resolve all our concerns within a three-month stipulated period, which also regrettably elapsed on March 31, 2021, repugnantly.”

It sad “all members of the Senior Staff Associations across all the 16 public universities in Ghana (SSA-UOG and FUSSAG) are required to lay down their tools until further notice.”

A few days ago, the association – which declared a strike on 18 May 2021, to compel the government to pay its members’ tier 2 pension contributions and also demanded the award of market premium and non-basic allowance, as well as the finalisation of negotiations of the members’ conditions of service – but later froze it upon the intervention of the National Labour Commission and the Fair Wages and Salaries Commission (FWSC), threatened a worse form of its earlier industrial action if the government did not fulfil the promises it made which prompted the group to suspend the strike on 11 June.

An earlier statement signed by Mr Zakaria Mohammed, National Chairman, said, at the 12th National Executive Council (NEC) meeting held at the University of Cape Coast on 9 and 10 July 2021 respectively, the Senior Staff Association – Universities of Ghana (SSA-UoG) discussed and resolved the following:

1. The inability of Fair Wages and Salaries Commission (FWSC) to communicate feedback on our counter proposal to government by Wednesday, 7 July 2021 as promised;

The SSA-UoG suspended its strike action on 11 June 2021 on the promise of commitment by the Fair Wages and Salaries Commission with Vice-Chancellors Ghana (VCG) as guarantors to completely resolve and conclude all outstanding issues on the negotiation table from 30 June to 19 July 2021.

Since the last negotiation meeting on 30 June 2021 on our counter-proposal to the government, the FWSC was to secure the needed mandate and communicate feedback to SSA-UoG.

This has since remained a mirage and it is creating agitations, fear and panic among our rank and file because there have been similar illusive promises in the past that never saw the light of day.

2. Computation of interest on Tier 2 and roadmap for payment;

It is our fervent belief that government has acted in bad faith.

3. Interestingly enough, the National Labour Commission (NLC) in all the above infractions being perpetrated against SSA-UoG and its loud silence on their part as a statutory body is not only worrying but also very shocking, as it is seen as an arbiter grounded in law.

4. The National Executive Council of SSA-UoG have resolved to resume full strike in the unlikely event that the government fails to meet the deadline as promised and agreed upon by all parties.

We, therefore, direct all the 14 public universities of SSA-UoG to keep themselves in readiness for a full-blown strike as resolved by NEC.