'Sincere' Adutwum has changed our 'mistrust to mutual trust' – TUTAG, as it suspends strike 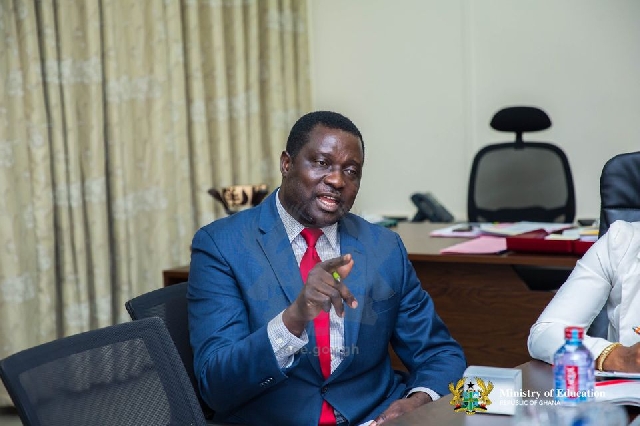 In a statement issued by TUTAG on Saturday, 19 June 2021, announcing the latest development, the group said: “After listening to the Education Minister, we observed that there are still individuals in political positions that citizens can trust”.

The statement said: “Our encounter with Dr Yaw Osei Adutwum was the beginning of the shift of TUTAG from mistrust to mutual trust, hence the decision to reconsider our position.”

The group noted: “Though our strike has been declared legal, and we could have decided to remain on strike till all our issues were resolved, we wish to inform the Education Minister that our decision to suspend the strike with immediate effect was based on our trust and confidence in his assurances”.

“The word worthy of note is ‘suspend’. We are only suspending the strike to give Dr Yaw Osei Adutwum the benefit of the doubt”, TUTAG said.

TUTAG embarked on an indefinite strike on Monday, 14 June 2021, despite a directive from the National Labour Commission against it.

The technical university teachers explained that the decision to strike was a result of unfavourable conditions of service as well as the nonpayment of research allowance arrears and tier-two pension contributions for its members.