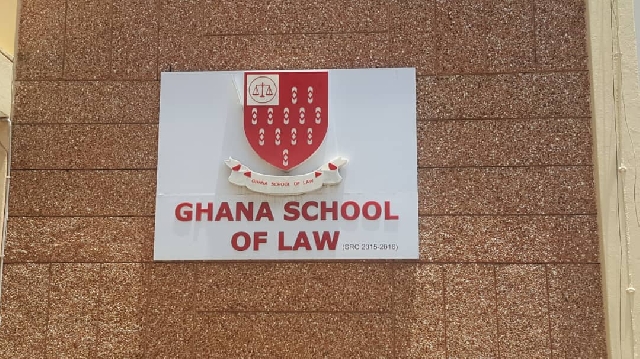 The Ghana School of Law has directed all its students to submit their social media handles so they could be monitored on the blogosphere to ensure they conduct themselves in accordance with the school's guidelines.

The Director of the School, Mr Yaw Oppong, said: “Everybody will have to provide their social media handles" and "we are going to look at it and you will be monitored in terms of conduct".

"We are required by law to make recommendations. We don’t want to stampede you", he noted.

“You are going to reapply beyond the pass and submit yourselves for all legitimate checks,” Mr Oppong said during the swearing-in ceremony of the School of Law Students’ Representative Council (SRC) executives.

Mr Oppong said: “Once we are doing our best to ensure that as many of you as possible who want to help yourselves go beyond the stage you are, and we are succeeding, it will not compromise your good character.”

“It’s of no use if you are qualified to go to second year, and you are told that you cannot go because of bad character,” he noted.

Meanwhile, Supreme Court judge Paul Baffoe-Bonnie has said the General Legal Council will not lower the requirement standards for any Ghana School of Law applicant.

At a dinner for some qualified candidates, Justice Baffoe-Bonnie said: “This year, if they pass, we will pass them; if they fail, they will not be admitted; and we are not going to lower standards just to accommodate anybody who has applied”.

“Law is law and you must meet the requirements,” Justice Baffoe-Bonnie said.

More than 80 per cent of students of the Ghana School of Law who sat for the Part II exam made it this year.

The results were released on Thursday, 3 November 2022.

The exam, which is the final one at the professional law school, qualifies one to be called to the bar.

Reports indicate that of the over 800 Part II students, more than 80 per cent passed.

Eighteen per cent of the candidates failed two or more papers.

More than 60 per cent of the candidates who passed were part of the post-call class.

Some 850 candidates have, therefore, passed the examination and are expected to be called to the bar on Friday, 11 November 2022.

A candidate must obtain at least 50 per cent out of 100 in order to pass a paper.

Where a candidate fails in one or two papers, the candidate is ‘referred’.

However, a candidate is ‘repeated’ if they fail three or more papers.

The exam, conducted by the Independent Examination Committee (IEC) of the General Legal Council (GLC), was conducted in July.