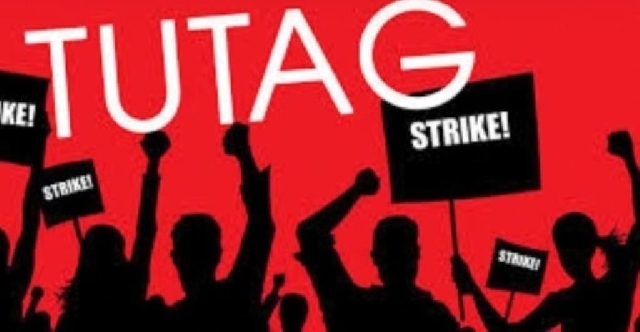 TUTAG is threatening industrial action if its concerns are not addressed

The Technical University Teachers Association of Ghana (TUTAG) has threatened to go on strike if the government fails to address its grievances concerning its members’ conditions of service.

The union said at a press conference in the Northern Regional capital, Tamale, that the last time its members’ conditions of service was reviewed was in 2006.

TUTAG has, thus, said the “government has exceeded” its “tolerable limits”.

The union’s national president, Dr Michael A. Brigandi, said it was high time the government signed and implemented “the conditions of service documents presented by TUTAG with the urgency it deserves”.

Any “further delay from the National Council for Tertiary Education and the Fair Wages and Salaries Commission has the tendency of jeopardising efforts at calming down the nerves of teachers of technical universities in the country”, Dr Brigandi warned.

The union also expressed disquiet about the failure by the education authorities to ensure that TUTAG members are paid their book and research allowance though lecturers in other universities have received theirs since it was increased by 100% in 2018.

The union said it will advise itself in the next two weeks if the anomaly is not corrected.

Additionally, the union said it is not happy about the failure by the government to migrate lecturers of Wa and Bolga technical universities onto the public universities salary structure.

TUTAG warned that peace on those campuses could be jeopardised if that is not done.

It explained that though the two polytechnics have been successfully converted into technical universities, their lecturers are still on salary scales of polytechnics.

TUTAG also said the government, through the National Council for Tertiary Education, NCTE and the National Accreditation Board (NAB), is frustrating the progress of technical universities.

NCTE and NAB, TUTAG said, are doing all they can “to frustrate the existence of technical universities by failing to give their degree and masters programmes accreditation”.