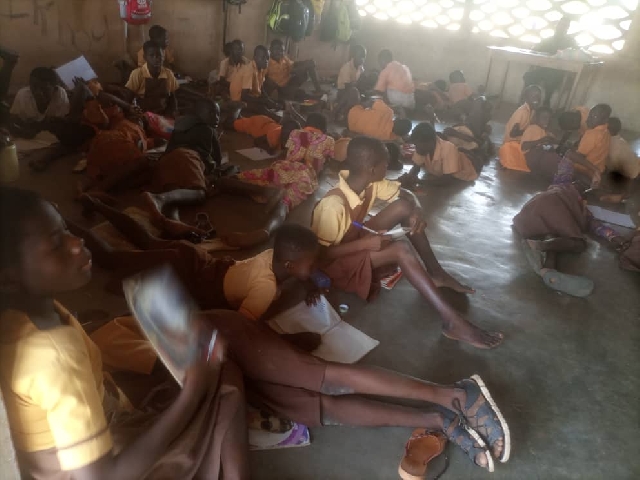 Pupils of Sakorit KG and primary school in the Talensi District of the Upper East region lack furniture, forcing them to sit on the bare floor for learning activities.

This came to the fore when Dagbon FM's reporter, Abdul Sammed Gurundari, visited the school on Monday, November 15, 2021.

Gurundari reported that the pupils were lying on their stomachs to write.

The school authorities, however, refused to speak on the record because they claimed they needed permission from their employer before doing so.

The classrooms are overcrowded with little ventilation.

That of class one has 29 pupils with class 2 having 34 pupils.

The reporter was further directed to speak to the Parent-Teacher Association chairman but he was unavailable for an interview.

Apart from Sakorit, the school also serves other communities including Yagzori, Kpatia, Gbee and Baare.