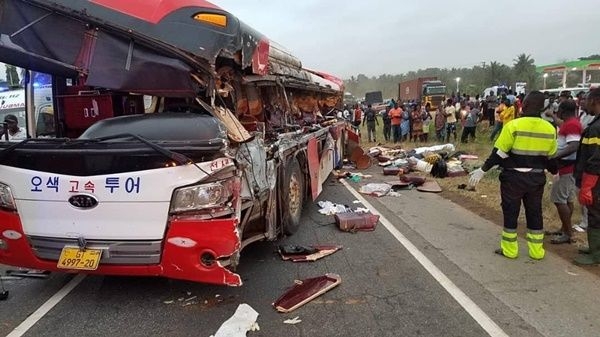 An accident scene in Ghana

The Motor Traffic and Transport Department (MTTD) has revealed that from January to September 2021, some 2,126 lives have been lost from 11, 858 road crashes in Ghana.

According to the MTTD, 11,659 injuries were recorded from those road accidents within the period.

The MTTD made the revelations when the Ministry of Transport organised a National Consultative Forum on Road Traffic Crashes and Review of the Road Traffic Act 2004 (Act 683) and Regulations 2012 (L.I. 2180) in Accra.

Speaking at the forum, a representative at the MTTD, Supt Dr Samuel Sasu Mensah, stressed that the accidents that were recorded during the period were caused by avoidable negligence on the part of drivers.

He added that the increasing rate of crashes is a worrying situation, which, he believes, a review of the regulations will help address.

Supt Dr Sasu Mensah, in his speech, also revealed that the MTTD is introducing new ideas and reforms, which he says will help reduce corruption, reform the traffic laws and minimise indiscipline on the road.