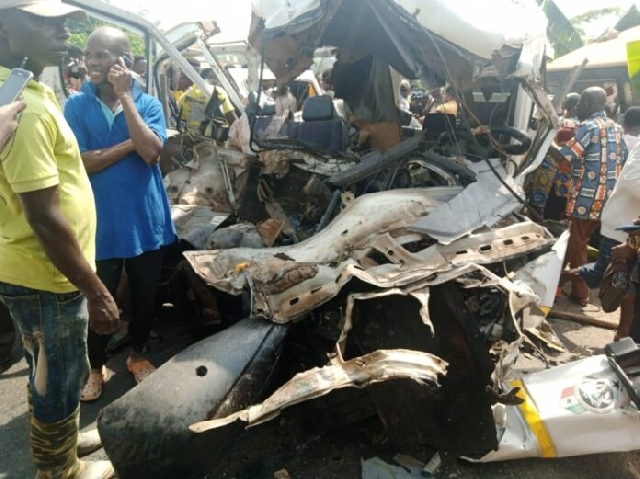 The shredded Sprinter Benz bus at the accident scene

About 25 people are feared dead in a ghastly crash on the Bibiani-Sefwi Bekwai road in the Western North Region. 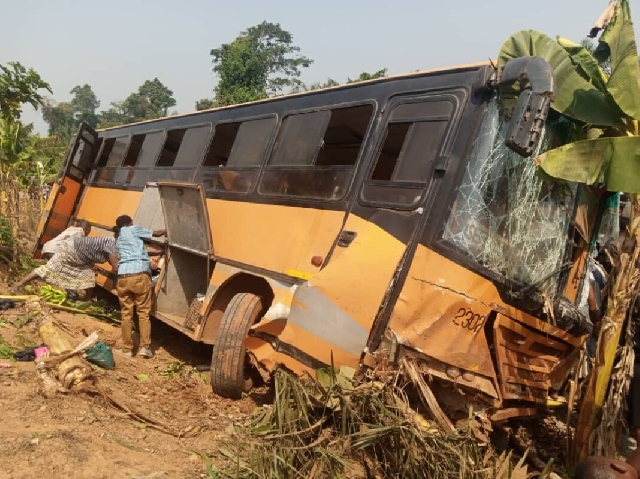 The Monday morning accident was between a Metro Mass Transit bus and a Sprinter Benz Bus.

The bus, travelling from Sefwi-Wiawso to Bibiani, is reported to have crashed into the Metro Mass Transit bus that was bound for Sefwi-Wiawso from Kumasi.

The cause of the accident is not immediately known.

First responders have rushed to the scene to rescue and ferry the survivors to the hospital and convey the dead to the morgue.