308 officers graduate from the Police Academy 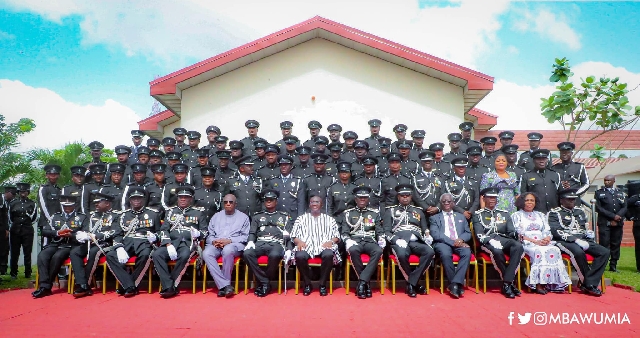 Bawumia in a group picture with the officers

Three hundred and eight officers were appointed into the Senior Officer Corps of the Ghana Police Service on Friday, 25th November, 2022 by Vice President Dr. Alhaji Mahamudu Bawumia, on behalf of the President of the Republic.

The officers consisting 303 Cadet Officers and five Officer Cadets constitute Police Academy Cadet Course 51; the highest intake of the Academy since its establishment.

The Police Administration congratulated all the officers and wished them a successful career.