A/R: 2-year-old and 8-month-old burnt to death at home 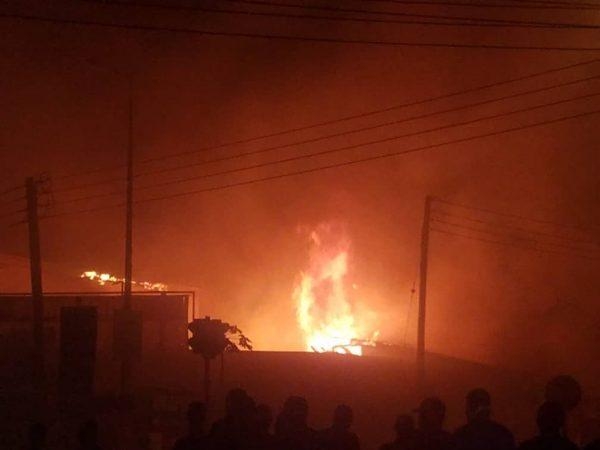 Two siblings have been burnt to death in a domestic fire outbreak at Moshie Zongo in the Kumasi Metropolis of the Ashanti Region.

The blaze started around 8 am today, Tuesday, 27 July 2021, in a chamber-and-hall apartment on a compound house.

The siblings, who had been locked up in the room, were burnt to death before the fire could be doused by neighbours who tried to rescue them.

Although the residents say they called in the fire service, the firefighters reached the scene after the blaze had been doused and the minors burnt.

The father of the children, Alhadar Hafiz, who spoke to Class News' regional correspondent Elisha Adarkwah, attributed the fire outbreak to a new prepaid electricity meter installed in the house by the Electricity Company of Ghana (ECG).

He said the two-week old prepaid meter had been causing problems since its installation.

The bodies of the deceased have been conveyed by the police to the morgue for autopsy.

Meanwhile, the residents in the area have called on the ECG to fix the newly-installed prepaid meters.

They said the prepaid meters, after their installations, have been causing problems in the community.