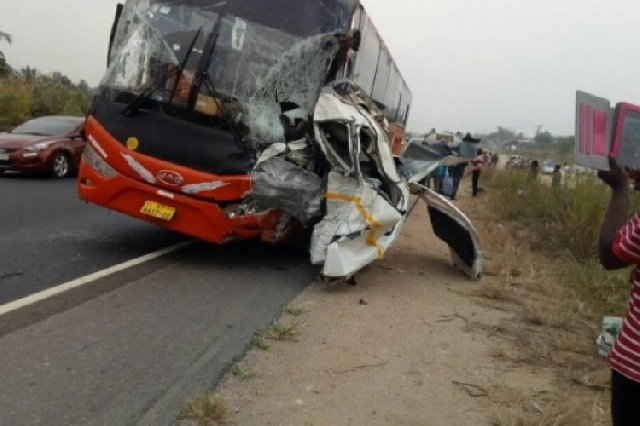 A total of 377 road crashes deaths were recorded in the Ashanti region from January to October this year.

A total of 3,552 injuries were recorded in the 2,886 road crashes that occurred within the period, involving 4,865 cars.

The Regional Director for the Ghana National Road Safety Authority, Madam Simbiat Wiredu said 60 per cent of the crashes were caused by over-speeding while 23 per cent were caused by stationary vehicles on roads.

She was speaking at the World Day of Remembrance for Road Crashes Victims held in Kumasi today, Monday, 21 November 2022, on the theme: "Justice"

It was organised by the Kumasi Metropolitan Assembly in collaboration with Bloomberg Initiative for Global Road Safety and the National Road Safety Authority.

As part of the celebration, the Kumasi Mayor, Mr. Samuel Pyne together with the representative from Bloomberg donated items to victims of road crashes and also presented five speed measuring devices to the Ghana Police Service to check vehicular speed on roads.

For his part, the Kumasi Mayor, Mr. Sam Pyne advised drivers to be mindful of how they drive by abiding by road safety regulations and killing their speed as Christmas approaches.