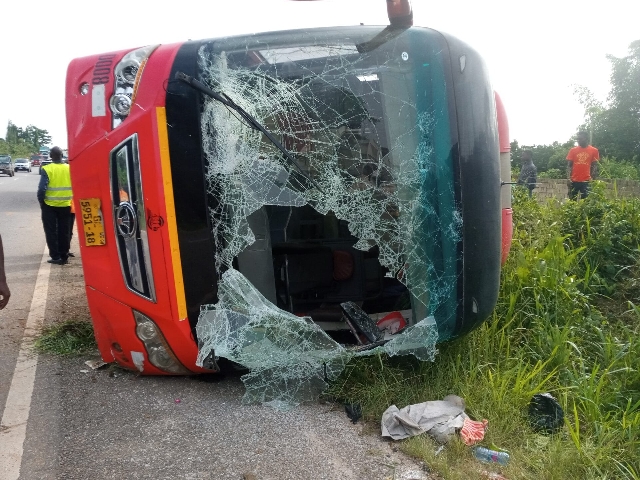 Over 470 people have died from road crashes from January to October 2021 in the Ashanti region.

She said the figure is a 15 per cent increase as compared to last year within the same period.

Madam Simbiat attributed the road crashes to human errors, that is, unnecessary overtaking, over speeding as well as fatigue as the major causes.

She was speaking to the media at a road safety campaign organised by the Men's Movement of The Apostolic Church-Ghana at Obuasi.

The road safety campaign was aimed at minimizing road crashes as Obuasi records over 100 road crashes within this year with over 15 deaths.

Madam Simbiat commended The Apostolic Church-Ghana for taking the lead in the road safety awareness campaign.

For his part, the National Superintendent of the Men's Movement of The Apostolic Church, Apostle Dr Samuel Tetteh Walker said in the year 2021 they noticed the rampant nature of road crashes.

Apostle Walker said they, therefore, added a road safety campaign to their four-year plan to create awareness of road crashes in the country.

Apostle Walker said the campaign which is on the slogan: "Susu kɔ... Na wo nkwa ho hia" is targeted at reducing road crashes by at least by 80 per cent within four years.