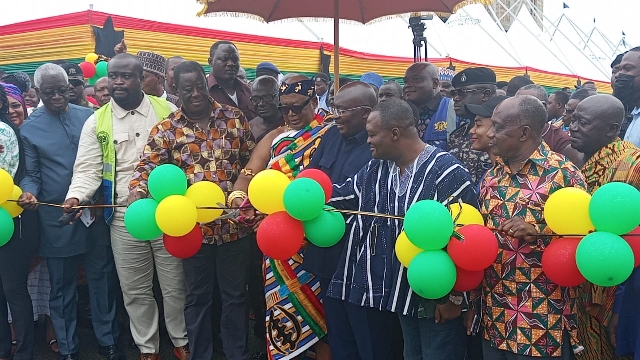 A total of 1,180 kilometres of road networks have been completed by government in the Ashanti Region since 2017, Vice President Dr Mahamudu Bawumia has disclosed.

Speaking at the commissioning of the rehabilitated 100 kilometres auxiliary infrastructure of the Kumasi Inner Ring and Adjacent streets project at Nsenie in the Oforikrom Municipality on Monday, 1 August 2022, the Vice President noted that a lot more roads are yet to be constructed, including the dilapidated Kwabre East roads.

Towns including Suame, Subin, New Tafo, Manhyia, Bantama, Kwadaso, Oforikrom, Nhyiaeso, and Asokwa are all expected to benefit from the rehabilitated roads.