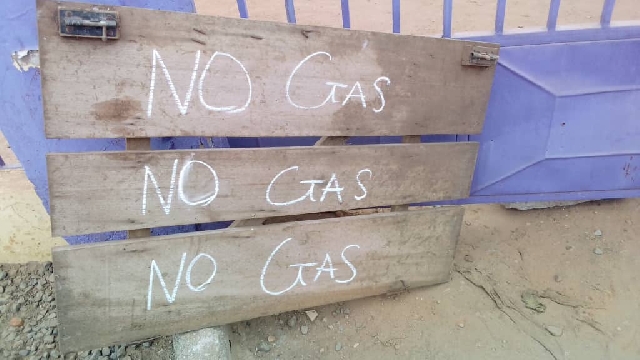 No gas signange are scene at various filling outlets

Customers have been stranded at the various gas filling station outlets in the Ashanti region due to the Gas Tanker Driver's strike action.

The Gas Tanker Drivers, as well as Ghana LPG Operators Association (GLiPGOA), have declared the strike over the poor working condition and the ban on the construction of new LPG stations.

A visit to some of the filling stations saw several consumers including domestic and commercial users stranded as the outlets have been closed.

Some of them told our regional correspondent Elisha Adarkwah that they have been to several outlets but could not get gas to buy.

They called on the government to intervene and resolve the concerns of the drivers and the association.