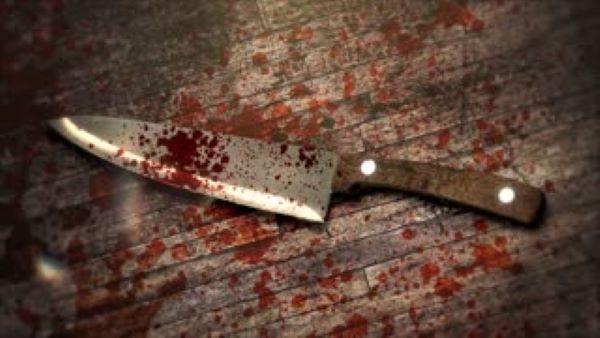 The man cut her throat with a knife

A 26-year-old man, Akwasi Bonsu, has been arrested for allegedly murdering a woman at Parkoso Estate in the Asokore Mampong Municipality of the Ashanti Region.

The incident occurred on Monday, 13 December 2021 at the residence of the suspect.

According to the assembly member for the area, Mr Emmanuel Broni, the man, who is an ex-convict, slashed the throat of the woman, identified only as Samira, and hit her head with a cement block.

The half-naked body of the woman was dumped in a garden at the residence of the suspect.

Speaking to Class91.3FM’s Ashanti regional correspondent Elisha Adarkwah on Tuesday, 14 December 2021, the assembly member for the area said: “He [the suspect] went for a woman from somewhere – I think one of those prostitutes – to sleep with her and everything”.

“He refused to pay her for her services and also took all her belongings, so, it turned into a misunderstanding”.

“Some guys who are carpenters who work in the area heard the screams and rushed to the scene”, he narrated.

“When they got there, he had put a knife to the woman’s throat and cut it open to the point that the head was about to fall off”.

“When he was done, he took her to the plantain farm and hit her head with a cement block”.

“He took to his heels when he heard the guys screaming but they went after him and were able to catch and beat him. They beat him very well, till the police arrived.”

The body of the deceased has been deposited at the morgue for autopsy and preservation.

The suspect is also receiving treatment under police watch at the Manhyia Government Hospital while investigations have commenced into the incident.