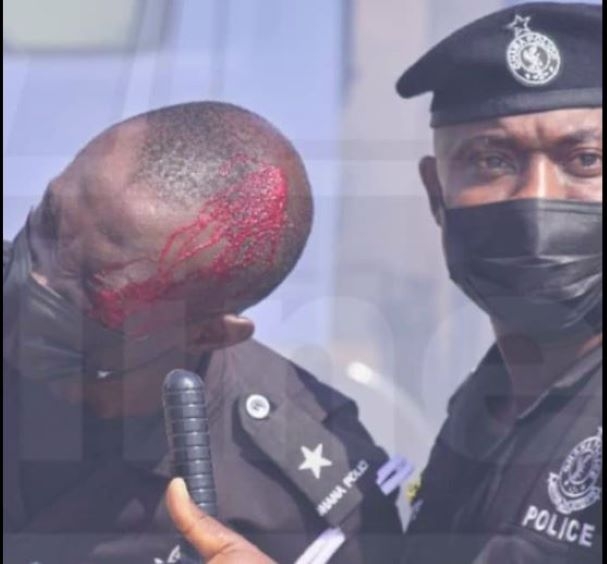 The number of officers who were injured during the first day of the Arise Ghana demonstration, increased from 12 to 15, the Ghana Police Service has said.

The service said all the officers are being treated at the Police Hospital with two undergoing emergency surgery.

The Police in a statement said the sector Minister, Ambrose Dery, Minister for the Interior, has led a team to visit the officers at the hospital.

The injuries occurred on Tuesday, 28 June 2022, when the Police clashed with Arise Ghana demonstrators.

According to the Police, the organisers insisted on using an unapproved route to the Jubilee House. The Cops said all attempts to persuade them failed.

“unfortunately and without any provocation, the demonstrators began pelting the Police with stones,” a statement from the Police said.

In the course of the melee, officers sustained various degrees of injuries and were treated in the Police Mobile Hospitals and later transferred to the Police Hospital for further treatment. Some Police vehicles were also damaged.

The Police said the demonstrators also regrouped and burnt tires on the road around the Kwame Nkrumah Circle.

The Police noted that it had no option but to use tear gas and water cannons to subdue the rioting and restore order.

Twenty-nine of the demonstrators were arrested.