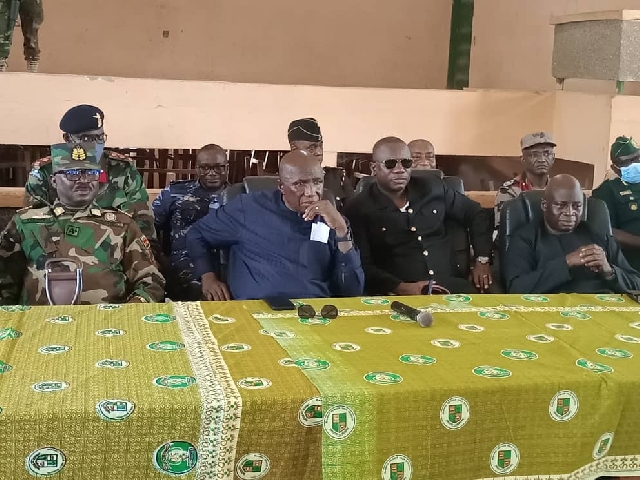 The Minister of Interior, Ambrose Derry has charged the youth of Bawku to seek peaceful and resort to dialog rather than the bullet to address their differences.

According to him, development in the area will be difficult if they continue to kill each other by the use of violent means to address their differences.

He made this known to the youth when a high-profile delegation on Sunday, September 25, 2022, visited the area in a bid to bring sanity to the ever-increasing clash between the two feuding factions.

The delegation was made up of the Minister of Defense, Dominic Nitiwul, the Chief of Defense Staff, Vice Admiral Seth Amoama among other dignitaries.

The youth of both sides held separate meetings with the delegation where they both expressed concern about the negative impact of the conflict on them.

They, however, called on the interior minister to lift the ban on tricycle usage in the area as they depend on it for their daily upkeep.