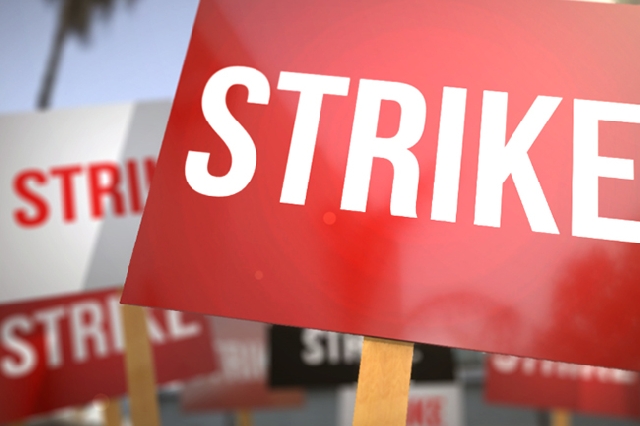 The Civil and Local Government Staff Association, Ghana (CLOGSAG) has issued a notice of an intended nationwide strike from 20 January 2022 over poor conditions of service.

According to CLOGSAG, its unique conditions of service is borne out of the fact that Article 94(3)(b) of the 1992 Constitution bars civil servants from participating in active political activities.

“It is important to note that the institutions whose members are restrained from participating in partisan politics have distinct and enhanced salary structures and other conditions of service”.

“This our request is fair and genuine,” CLOGSAG said in a statement.

The association said it finds the undue delay in finalising negotiations on the conditions of service for its members worrying and unacceptable.

CLOGSAG said its leaders can no longer hold off the pressure being brought on them by the members to declare a strike, which, according to them, is long overdue. 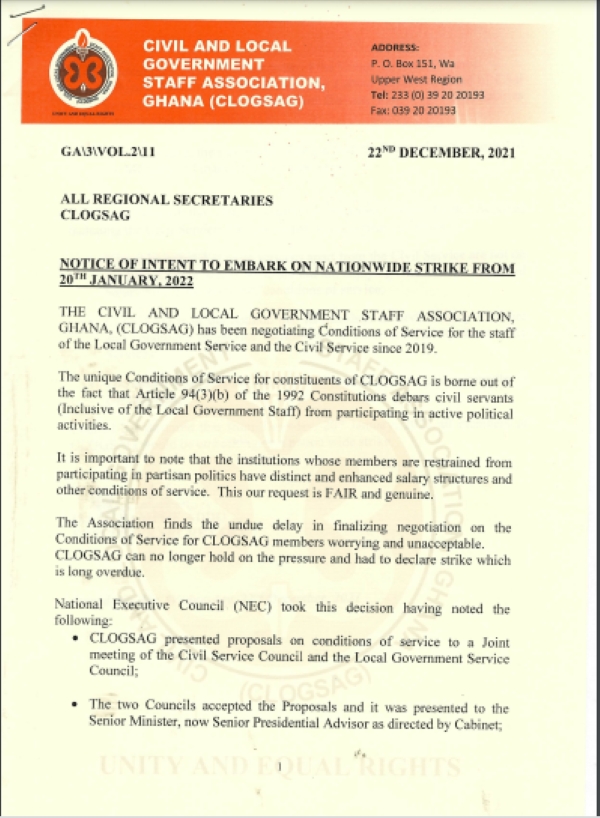 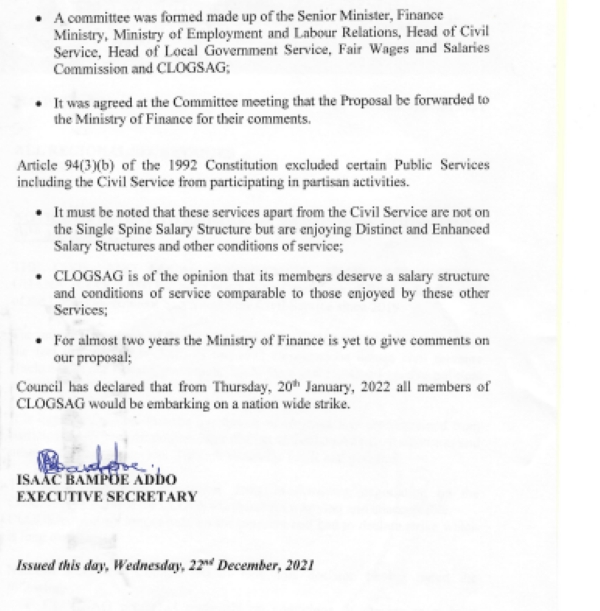