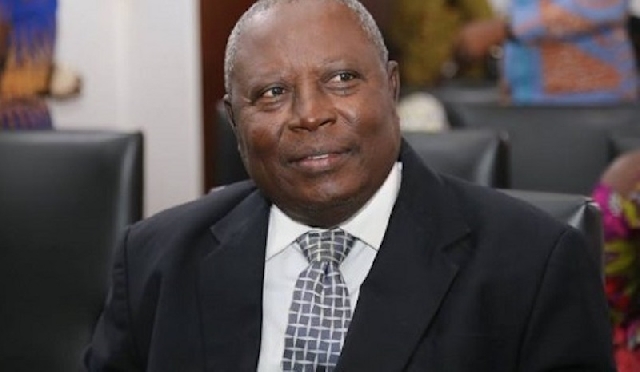 The Special Prosecutor (SP) must, regardless of how useless it finds leads and information provided to his office by informants and members of the general public, avoid criticising them so as not to dissuade others who may possess information relevant to his office from volunteer same, Ghanaian law professor, Kweku Asare, has said.

This follows the office of the Special Prosecutor’s response to a petition by STRANEK-AFRICA asking it to investigate details of the Agyapa Royalties deal, in which he described the petition as “opportunistic and populist.”

But Prof Asare popularly known as 'Azar', in a statement on Tuesday, 22 September 2020, noted that: “A good prosecutor should always welcome leads, information or complaints from the public, even if it turns out that they are not helpful, useful or redundant.

“This is because a prosecutor cannot or does not expect the public to know what information he has or does not have on crimes that have been or about to be committed.”

Prof Asare further stated that: “A prosecutor should not reveal its sources to the public. Nor should a prosecutor publicly slam an informant for providing information that turns out to be unhelpful. Doing so only freezes others who may have relevant information.”

According to the lawyer, this is the reason he finds Mr Amidu’s “latest epistle lambasting and shaming Mr Tetteh of Stranek for allegedly petitioning his office to investigate the Agyapa deal to be astonishing.”

He indicated that: “In the said epistle, the SP accuses the petitioner of being opportunistic and populist. I demur.

“Rather, I think the SP’s actions, obviously calculated to shame the petitioner, will have the negative effect of stopping others from filing such petitions or providing leads to the SP that may turn out to be very relevant.”

Prof Asare added: “There is corruption everywhere. The SP must welcome petitions, even if they turn out to be redundant, do more prosecutions and write fewer epistles.”

In his response to the group, Mr Amidu said STRANEK-AFRICA's petition was geared toward taking credit for processes that have already commenced independently by its office.

According to the Office of the SP, the Agyapa Royalties Agreements and related issues have been matters of public interest since they were approved.

The letter continued: “It is further in the public domain that Parliament and other public institutions have already responded to this office’s request for information and documents.”

It added: “Your letter, therefore, appears to this office as an opportunistic and populist enterprise on your part to take credit for processes already independently commenced by this office. In any case, your letter containing mere speculations without more does not present any legal basis for this office to commit further resources to your request from the public purse.”

A group calling itself STRANEK-AFRICA petitioned the office of the Special Prosecutor (SP) to investigate the entity that valued Ghana’s gold royalties that were ceded to Agyapa Royalties.

It added: “It is prudent that your outfit investigates how the value of the royalties being ceded to Agyapa Royalties was calculated and which entity did the evaluation. The owners of the Agyapa Royalties must be disclosed to the general public including their credentials and the shareholding.