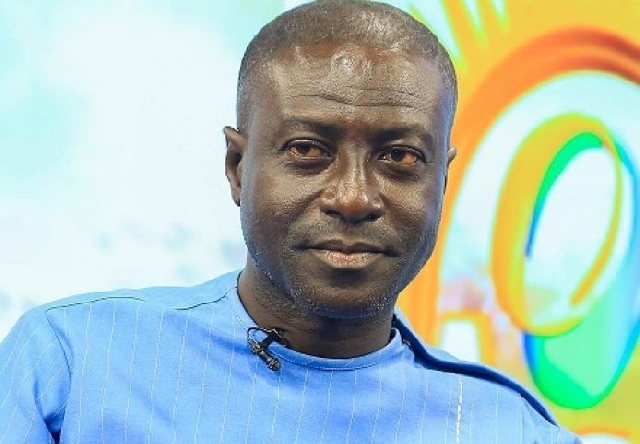 The Criminal Investigation Department (CID) of the Ghana Police Service has said it has evidence against journalist Blessed Godsbrain Smart popularly known as Captain Smart for the offences of defrauding by false pretences and accepting or giving bribe to corrupt a public officer.

According to a police report, an investigation has disclosed that one Gifty Twumasi had interest in a parcel of land in front of her property, which taxi drivers at Achimota Mile 7 were using as a terminal.

The drivers and Ms Twumasi knew that parcel of land is a reserve land and, as such, decided to litigate with a private developer when he attempted to develop the property, the CID said.

After several attempts to prevent the developer from developing the land failed, the taxi drivers went to see Captain Smart to assist them.

According to the police report, because Captain Smart is influential and had access to the airwaves, he was able to broadcast the information about the development on the reserved land, which came to the attention of the Minister of Roads and Highways, Mr Kwesi Amoako-Attah, who, in turn, went to stop the project.

Investigations further established that Gifty Twumasi and three taxi drivers; Fred Boamah, Yaw Adu Rockson and Kwabena Anane, went to the residence of Captain Smart to thank him with an amount of GHS10,000 for his assistance in halting the project.

Again, it was revealed that Captain Smart led the four people to the Ministry of Roads and Highways to see the minister without success.

Further investigations, according to the report, also established that after visiting the office of the minister, the same taxi drivers and Gifty Twumasi, for the second time, visited the residence of Captain Smart to hand over GHS25,000 to him for onward delivery to the minister, which the suspect confirmed but insisted the amount was GHS10,000 not GHS25,000.

However, two witnesses corroborated that Captain Smart requested the money to be given to the minister and they were present when the amount of GHS25,000 was handed over to him (Captain Smart).

“Investigation also revealed that in January 2019, Kwasi Amoako-Attah visited the reserved land at Achimota Mile 7 due to agitation by some taxi drivers concerning a private developer and halted the developer from work”.

“Investigation disclosed that somewhere in 2018, Mr Amoako-Attah participated in a radio discussion hosted by Captain Smart and through that the suspect became close to the minister”.

“Captain smart took advantage and subsequently visited the offices of the minister at the ministries and parliament but could not meet the minister in any of his visit,” the report stated.

The CID noted that its investigation could not adduce evidence that Mr Amoako-Attah had knowledge of the money taken from the victim by Captain Smart.

“Again, there is no evidence to suggest that Captain Smart after extorting the GHS25,000 from the victims gave same to Mr Amaoako-Attah,” noted the report.

The CID, however, said there is evidence against Captain Smart for the offences of defrauding by false pretenses and accepting or giving bribe to corrupt a public officer.

The police said investigation is being finalised for his prosecution.