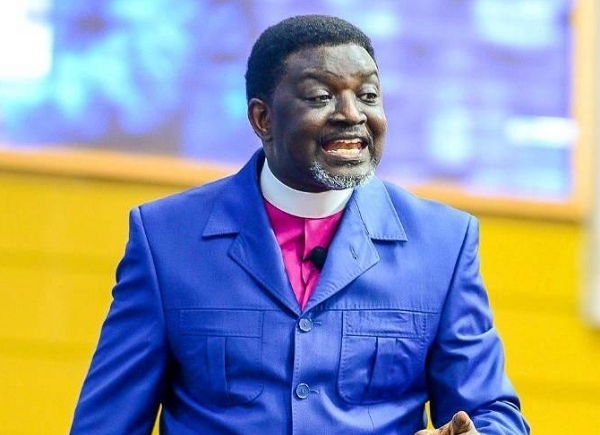 “We don’t want a coup d’etat” in Ghana, the founder of Perez Chapel International, Bishop Charles Agyinasare has told men and women of the Ghana Armed Forces.

According to Agyinasare although politicians could be blamed for the coups happening in the sub region – Mali, Chad and Guinea, Ghanaians do not want the men in uniform to be in politics.

Speaking on the issues that give rise to military takeovers in the sub-region, at the annual security services day of national prayer at the Burma Camp, on Thursday, 21 October 2021, he cautioned the soldiers not to cheat ordinary people of their belongings because “it is widely known that some service personnel in this country use force, intimidation, and corrupt means to wrest lands from their rightful owners”.

On the issue of coups, Agyinasare said: “Unfortunately, in our sub region, we are seeing coup d’états and power grabs in Mali, Chad, and Guinea.

“These show soldiers who are no longer under authority but have made themselves the authority. Bad as it may seem, I would lay much of the blame on the political class of those nations.”

“They changed constitutions to suit their selfish ambitions, and increased their salaries without increasing those of the ordinary citizen,” he stated.

“Many entered into politics without much but in four years owned houses and fleets of cars whilst the populace lacked basic amenities. Once many of these politicians came to power, they became autocratic or tin gods who could not be criticised without unleashing their attack dogs on the critics,” Agyinasare added.

He said “some governments have also turned the civil and public service upside down by sacking competent people and replacing them with party faithfuls, some of whom are very incompetent.

“The governments also engaged and also superintended over economic mismanagement. People’s protests constantly fall on deaf ears and do not result in any meaningful change. It also shows that the people’s demand for change does not just lie in ECOWAS Heads of States always sanctioning coups when they happen but rather advising the heads of states to also abide by their constitutional mandates and not make the nation about themselves without considering the people and their suffering”.

He emphasised that despite the actions of the political class “however, in our dear country, Ghana, we don’t want the men in uniform to be in politics. In short, we don’t want a coup d’etat.”

He said it is not that we do not have the problems seen in the sub region but Ghanaian politicians since last year, seem to be slowly listening to the voice of the citizens.

“Also, don’t cheat ordinary people of their belongings. It is widely known that some service personnel in this country very often use force, intimidation, and corrupt means to wrest lands from their rightful owners. Your job is not easy, but, like Scripture says, ‘Whatever your hand finds to do, do it with all your might” and remember that, “he who is faithful in little is faithful also in much.’ God will entrust you with more if you are honest and faithful with the one you are currently handling. Please, don’t let greed or the love of money drive you to want to do a coup d’etat,” he cautioned.