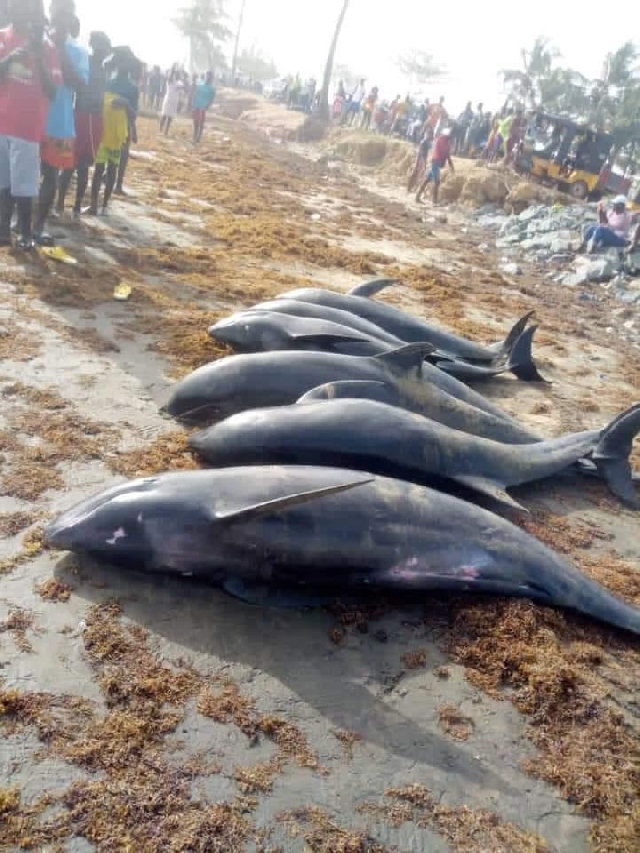 Some of the large fish washed ashore

The Food and Drugs Authority (FDA) has indicated that it has begun laboratory investigations into whether some fish washed ashore the Osu Castle are good for consumption.

A statement issued by the Authority noted: “The FDA, in collaboration with other state agencies, has been engaged in investigating and addressing the matter of various species of fish washed ashore on some beaches since Friday, 2 April 2021”.

“While laboratory investigations are ongoing, the Authority warns the general public to desist from consuming the fish washed ashore in view of the potential risk to health and safety.”

Some fish were found along the shores of the Castle on Friday.

Also, over 80 large fish were washed ashore the Axim-Bewire beach in the Nzema East Municipality on Sunday, 4 April 2021.

The FDA further stated that inspection teams have been dispatched to fish markets including the Osu Mandela market in the Korle-Klottey Municipal Assembly, to prevent the washed-ashore fish from entering into the food chain.

The Authority has also intensified its public education and sensitisation on quality parameters and signs of contamination of fish in the fishing communities and fish markets.

The FDA further advised the general public “to be guided by the freshness of the eyes and redness of the gills of fish that they seek to purchase”.

“The washed-ashore fish, typically, show signs of popped out and unclear eyes, dull colouration of gills, bloating around the abdominal areas and/or possible oozing of foul scented fluids”.

“The public is, hereby, advised to report all suspected cases of possession or selling of these washed-ashore fish to the FDA or local authorities”.

“The consuming public is also cautioned to be wary of both fresh and recently smoked fish which are being sold at unusually low prices”, the statement added.