#FixAgapeRoadsNow demo: 'We pay taxes, deserve better; too many promises, no action' – Protesters 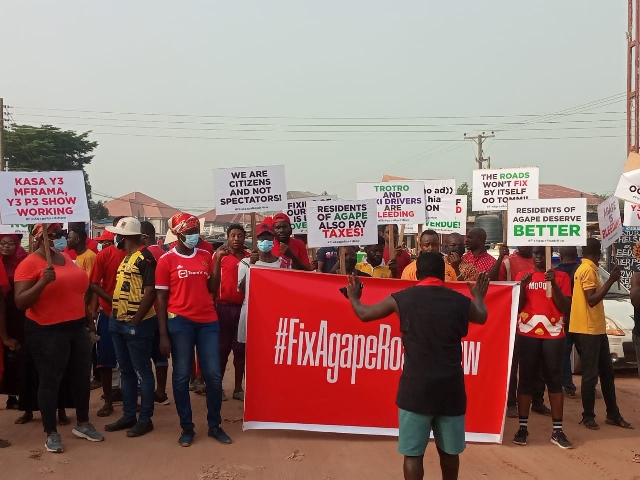 Residents of Agape marching for their roads to be fixed

Some residents of Agape in the Anyaa Sowutuom Constituency in the Greater Accra Region have demonstrated today, Friday, 10 December 2021, to express their frustration about their bad roads.

They chanted songs that said “the roads are bad” and needs fixing as they marched through the community.

Marching for good roads is fast becoming trendy in Ghana. 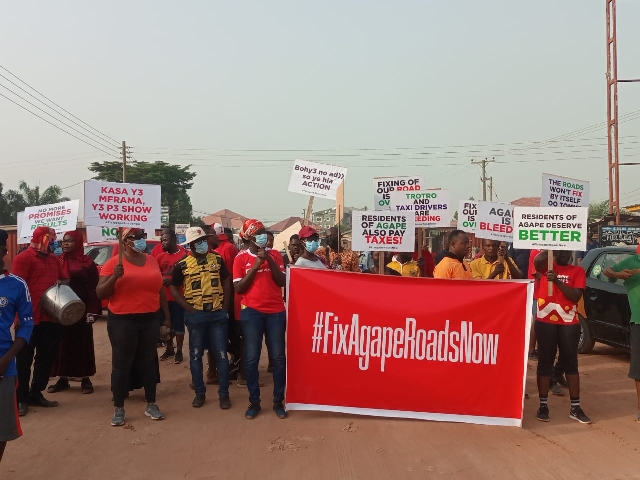 A few weeks ago, Madina MP Francis-Xavier Sosu got into trouble with the police after leading a similar demonstration to draw the attention of the authorities to some bad roads in his constituency. 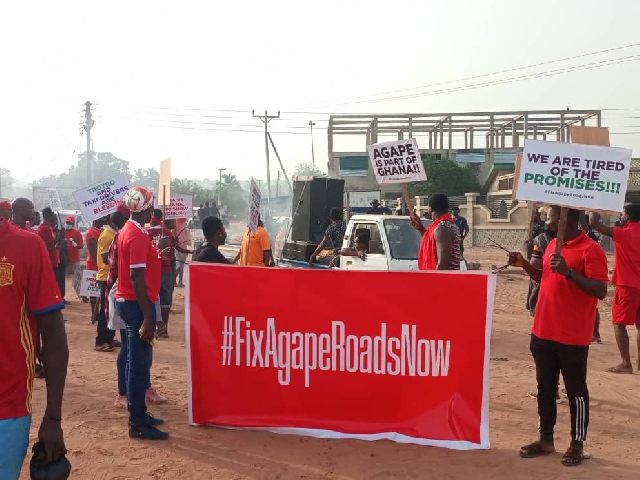 After the Madina demonstration, scores of residents of Omanjor near the Ofankor barrier, also marched on Wednesday, 17 November 2021, hours to the presentation of the 2022 budget statement by Finance Minister Ken Ofori Atta to parliament. 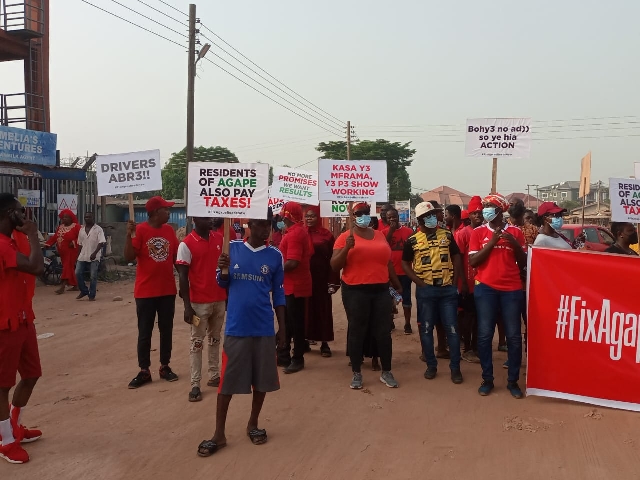 The leader of the demonstrating residents in the Trobu constituency, Mr Twumasi Ampofo, in an interview with Accra100.5FM’s Ghana Yensom, said because of the bad nature of the roads in the area, workers have to walk for between 20 to 30 minutes every day to nearby towns like Sowutuom, Lomnava among others to catch commercial vehicles to their various work destinations.

According to him, the stress associated with their daily trekking gets people so tired that they end up dozing off at work. 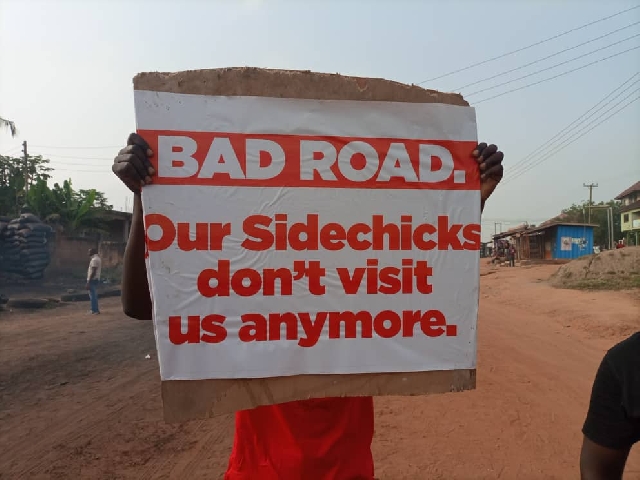 “Many of the residents sleep when they get to their offices because they spend long hours trekking to catch a vehicle,” he argued.

“As residents, we don’t know if we have a Member of Parliament. We’ve been seeing his posters around but we don’t know him as our MP,” he added.

“If we have an MP, why has he not come to our aid, especially when the government he belongs to declared a year of roads,” he quizzed.

The MP for that constituency, Mr Moses Anim, is also the Deputy Minister of Fisheries and Aquaculture.

For his part, Mr Kweku Boateng from Pokuase-Mayera in the Amasaman constituency, said the potholes on roads in Mayera, Katapor, Shallom-Shallom are so bad that those stretches have become almost like chess tables.

A few days before that demonstration, the Minister of Roads and Highways, Mr Kwasi Amoako Atta, had said demonstrations do not build roads and wondered why educated people also join such ‘fix our roads’ protest marches.

Speaking to the press after inspecting the 31.7 km Kwafokrom-Apedwa road in the Eastern Region, which forms part of the Accra-Kumasi dualisation project, Mr Amoako Atta said: “It is unreasonable for anybody to say that all roads everywhere should be fixed simultaneously”.

“So, these demonstrations should stop”, he commanded.

“Sometimes, you get people who are supposed to know better, well-educated people who should advice their colleagues, joining demonstrations”, he observed.

Mr Amoako Atta said he had instructed the contractors on the project to make sure they execute it quickly and open the stretch to the public by the end of 2021.

“I have charged the contractors to ensure that they complete the stretch of the road covering a distance of 31 km by the end of the year”.

“I have asked them to introduce night work to compensate for any delay,” he said.