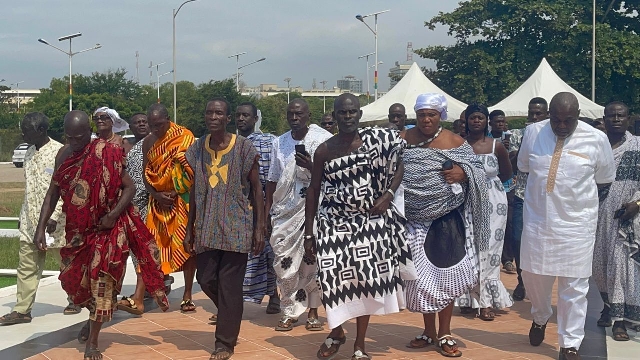 Addressing the family, a former aide to the late President, Koku Anyidoho reiterated that the tomb of the late Professor John Evans Atta Mills had not been tampered with

The family of the late Professor Mills has marked the 10th anniversary of his death at the Asomdwe park in Accra, today, Wednesday, 10 August 2022.

Addressing the family, a former aide to the late President, Koku Anyidoho reiterated that the tomb of the late Professor John Evans Atta Mills had not been tampered with and pleaded with the family to forgive him for any wrong done.

“This is just to ensure a beautiful resting place for our father. If this is what I did, and did the wrong thing, what I did isn’t good, then forgive me,” Mr Anyidoho told the family.

He also introduced to the family the National Security Officer in charge of the Asomdwe Park and assured the family of 24-hour surveillance of the resting place of the late President. 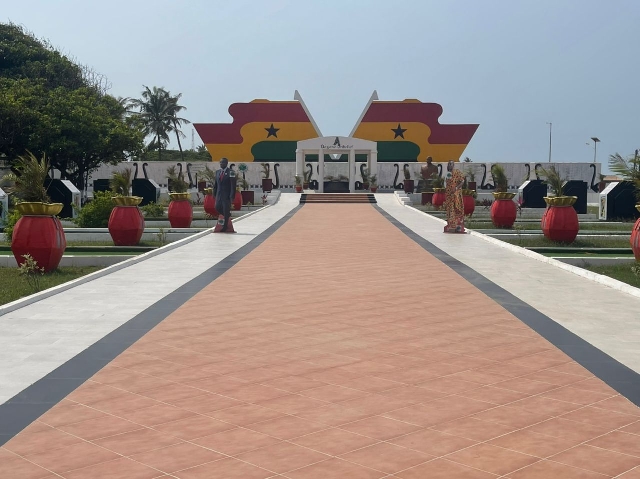 Reacting to Mr Anyidoho’s apology, head of the Odomnaa family, which is the former President’s maternal family, Nana Kwabena Biney noted that they were getting ready to invite Mr Anyidoho to Ekumfi for allegedly tempering with the remains of the late President.

He noted that they, however, heard his plea in the media adding that in refurbishing the park, the family should have been notified.

“We understood from the ceremony that it was an inauguration of the refurbished park, not the family ceremony. Secondly, we knew nothing about that ceremony.

“Also, according to Fanti custom, we observe the anniversary on the day when the person was buried. So according to our calculation, that day falls on this day that’s why we’re here as a family for this ceremony,” the family head explained.

The family also commended President Nana Addo Dankwa Akufo-Addo and his government for the refurbishment of the Asomdwe park.

The late Prof Mills’ brother, Cadman Mills accused Mr Anyidoho of tempering with the remains of his brother, an accusation Mr Anyidoho has denied.

Mr Anyidoho said all he did was to call on the government to renovate the park to beautify the final resting place of his late boss.