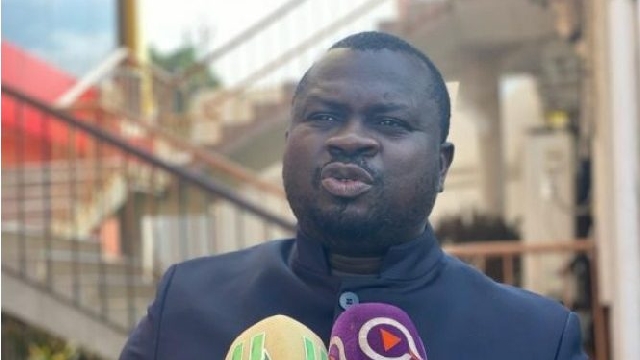 Ghana Journalists Association member Justice Lee Adoboe has filed an injunction suit against the swearing-in ceremony of the president-elect of the GJA, Mr Albert Dwumfour.

Mr Adoboe wants allegations of bribery levelled against Mr Dwumfour in the lead-up to the polls, investigated first before the swearing-in takes place.

Mr Adoboe is praying the court to, among others, declare that the “offer of cash, favours, and/or incentives by the 3rd defendant [Mr Dwumfour] and Samuel Amoh Tobin, to members of 1st defendant association in the Western Region, constitutes and electoral malpractice under article 52 of the GJA constitution”. 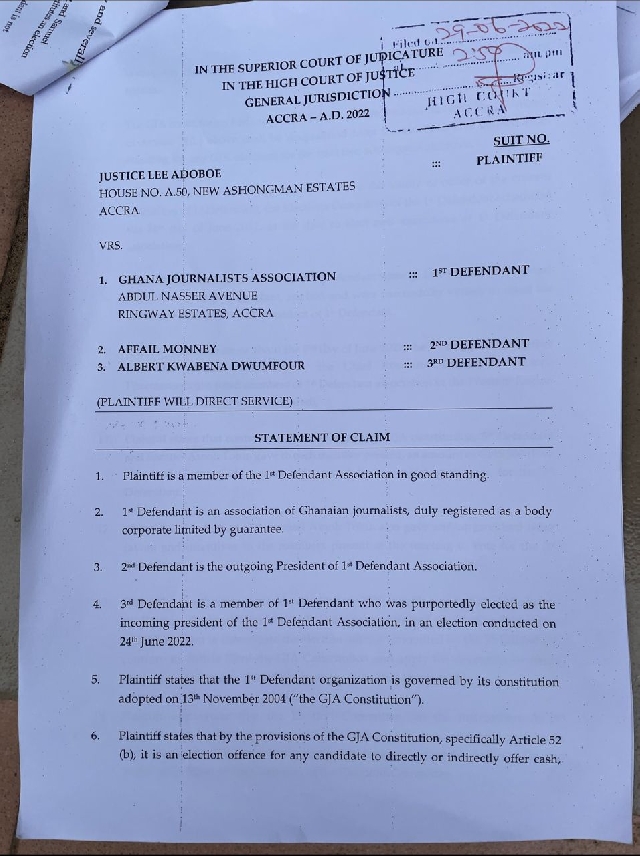 About a week before the election, The Fourth Estate reported that a member of the GJA in the Western Region, Dotsey Koblah Aklorbortu, petitioned the election committee of the association to investigate and act on the conduct of Mr Dwunfuor, who was one of the three contestants for the presidency (The other two GJA presidential contenders are the editor of The Ghanaian Times, Dave Agbenu; and a journalist and communications consultant, Gayheart Mensah). 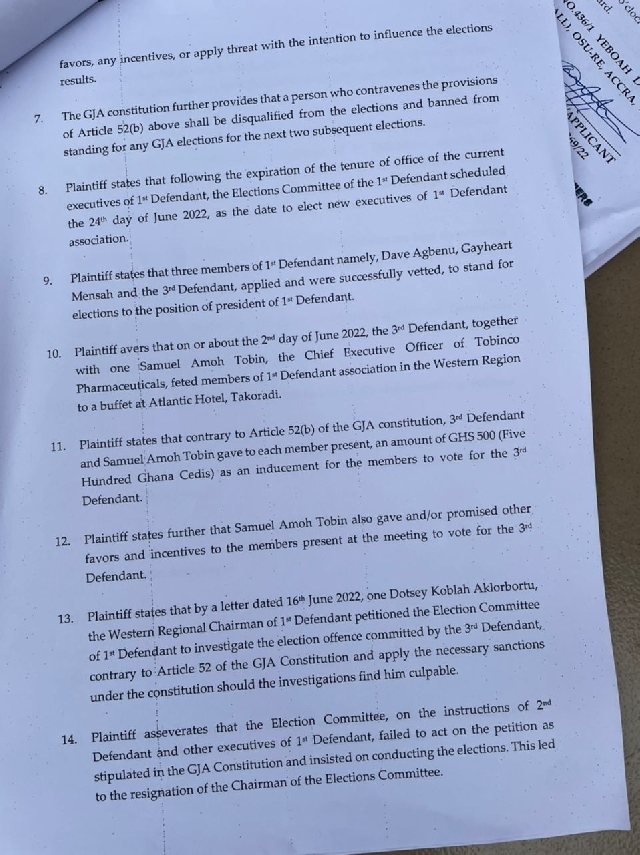 In the petition, Mr. Aklorbortu alleged that Mr. Dwumfour “with tacit support from the Chairman of Tobinco Group of Company, Mr. Amoh Tobbin, offered members of the GJA in good standing, [at a meeting], in addition to the buffet, an amount ¢500 (sic)to vote for Mr. Albert Dwumfour.” 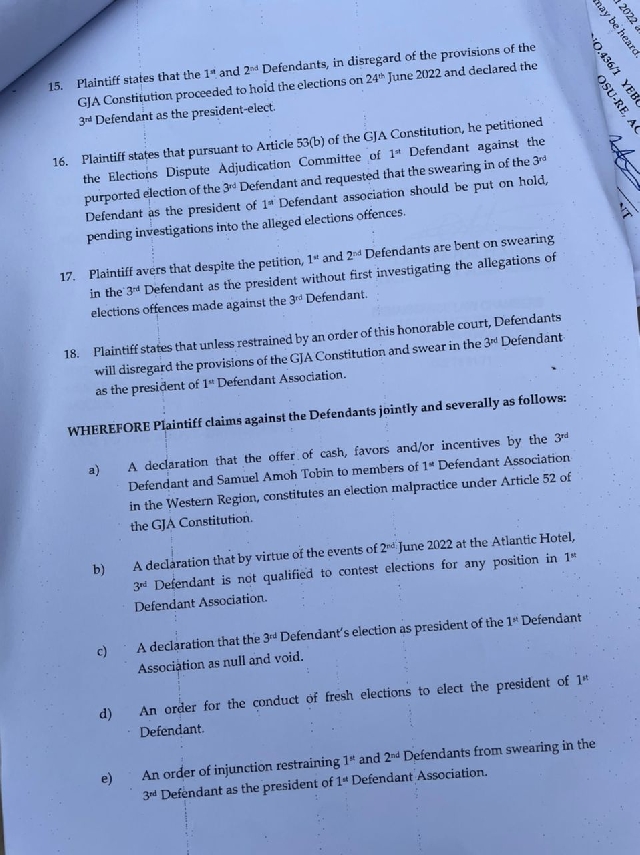 The petitioner further alleged that “Mr. Amoh Tobbin, in the said meeting at the Atlantic Hotel in Takoradi, told journalists to vote for Mr. Dwumfour in order to protect and promote his business. 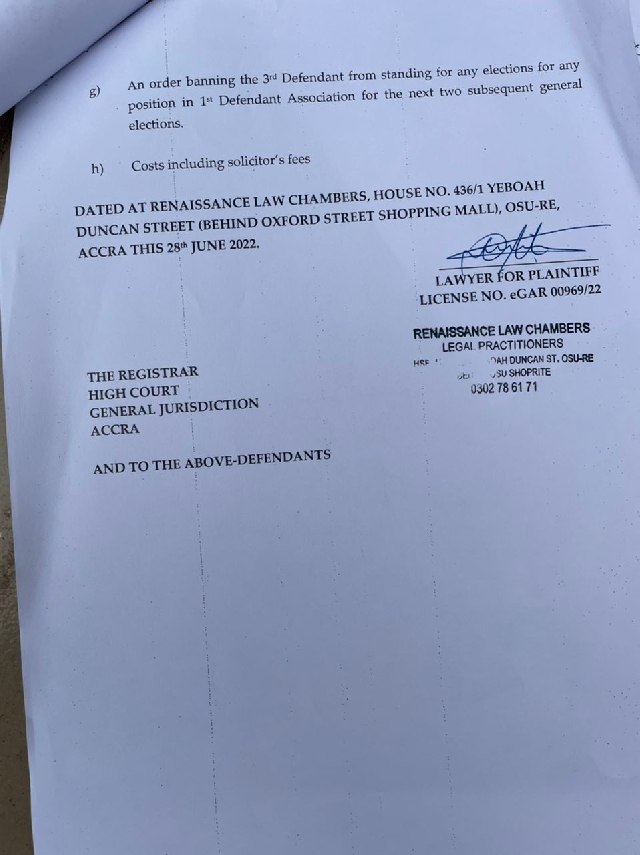 “He said during the previous administration, his business suffered under Mr Opuni and that he used the media to protect his interest. Therefore, voting for Mr. Albert Kwabena Dwumfour to become the GJA President will mean protection for his business interest.”

Mr Tobbin is heard in the video saying if it were a political thing, he would ask, “Should I give a TV [set] or this or that”, which was greeted with laughter from the journalists present at the meeting.

“I will be of help because I’m in the industry and more so, I’m a businessman. So, I’ll need you tomorrow. If you come tomorrow after voting for him and I turn you down, Tobinco is a household name. Who knows tomorrow?” he said.

“I’m not a politician, who will say it and just go away. I’m a businessman. I’m in a lot of businesses. So do him [pointing to Albert Dwumfour] a favour. Do me a favour by bringing him. When you bring him… why I want you to bring him on board is to support my business as well. He’s my corporate person. He does all my social [activities],” he told the journalists.

The petitioner says the actions of Albert Dwumfour contravene “Article 52 (b) (c) and (d) GJA constitution 2004. It states ‘52 (b) it shall be an election offence for any candidate to directly or indirectly offer cash, favours, any incentives, or apply threats with the intention to influence the election results. (c) Any candidate found contravening the provisions of Article 52 (b) shall be disqualified after due investigation by the elections committee and (d) if found guilty, the candidate shall be barred from standing for any GJA elections for the next two (2) subsequent general elections.’”

Mr Dwumfour was the National Organiser of the GJA. His tenure expired in 2020 along with the old executives who held on to their positions as a result of legal battles that delayed the recent election.

He is also the Group Head for Corporate Affairs of the Tobinco Group of Companies.

“He [Amoh Tobin] asked me whether I was leaving them [journalists] like that. He asked about the number of delegates [in the Western Region] and I said about 20 and he said I should give all of them 500 cedis,” Mr Dwumfour told The Fourth Estate.