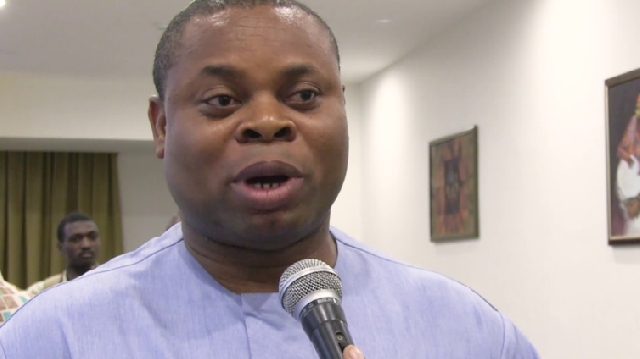 The Chief Executive Officer of IMANI Centre for Policy and Education, Franklin Cudjoe, has said dismissed Minister of State in Charge of Finance, Charles Adu Boahen, was too excited at the opportunity of brokering an investment deal for Ghana.

Reacting to the news, Mr Cudjoe in a post on Facebook said: “Not sure Veep Bawumia needs ‘financial pimping’ from anyone.

“The Minister was too excited at the opportunity.”

Mr Cudjoe, however added: “Will wait for the full video though.”

According to Anas, Mr Adu Boahen told undercover journalists who pretended to be businessmen in a Dubai hotel that to get to the attention of the Vice President, they will “need just USD200,000 token as an appearance fee and some positions for the Vice President’s siblings to get his backing and influence in establishing a business in Ghana.”

“I have not been involved in this act for which I am being accused,” he posted on Facebook.

A letter from the Presidency on Monday, 14 November 2022, said the President terminated Mr Adu Boahen's appointment after "being made aware of the allegations levelled" against him.