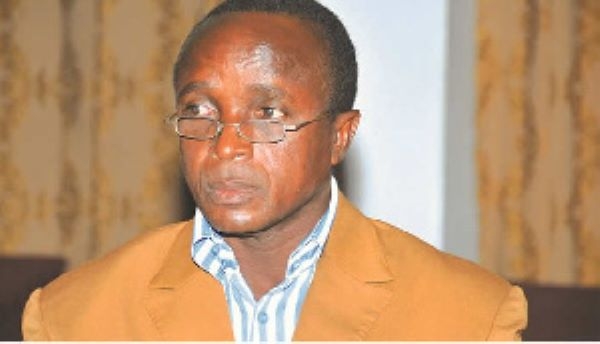 The former National Coordinator of the now-defunct Ghana Youth Employment and Entrepreneurial Development Agency (GYEEDA), Mr Abuga Pele, who is currently in jail for causing financial loss to the state, has been admitted to the Greater Accra Regional Hospital (Ridge Hospital) for some health challenges.

Graphic.com.gh reports that a source at the hospital confirmed that Mr Pele was currently in critical condition at the High Dependency Unit (HDU) of the hospital, after he was taken there from the Nsawam Maximum Security Prison last week.

It is not clear what the hospital is treating the incarcerated politician for.

"He is currently on level two so that is a critical condition”, the website quoted the source as saying.

Mr Pele and businessman Philip Akpeena Assibit were sentenced to a total of 18 years in prison on February 23, 2018 for their involvement in the GH¢4.1 million GYEEDA scandal.

The court concluded that Mr Pele entered into an unlawful agreement with Mr Assibit, prevailing on the state to make payments when no work had been done.

He has since served about three years at the Nsawam Maximum Security Prison from where he was rushed to the hospital on health grounds last week.

Mr Assibit, for his part, made false claims for payments to the tune of GH¢ 3.3 million as services provided to the erstwhile National Youth Employment Programme.

The said amount included developing an exit programme and securing a grant of GH¢65 million from the World Bank.

Pele, who is also a former Member of Parliament for Chiana-Paga in the Upper East Region, is serving six years, while Assibit is serving 12 years in prison.

The former MP was slapped with a lower sentence because the court held that there “was no evidence that he benefited from the proceeds of the crime.”