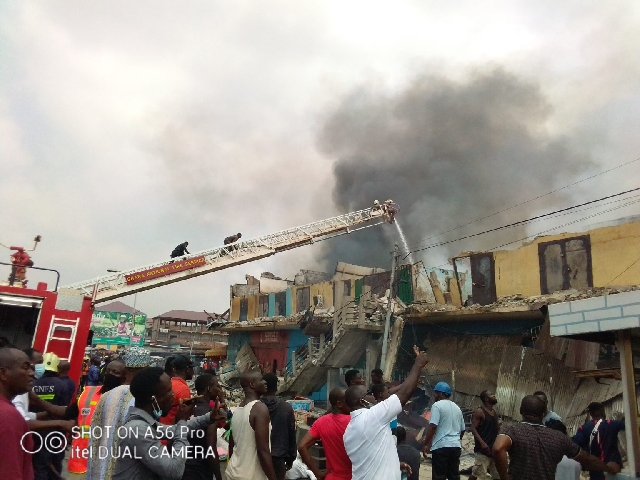 A total of 16 fire outbreaks have been recorded in Kumasi in the Ashanti region within this year so far.

Fire outbreaks have swept through a mini market around Republic Hall of the Kwame Nkrumah University of Science and Technology (KNUST), parts of Suame Magazine, Aboabo Station and Dagombaline among others in recent times.

The Chief Fire Officer, Edwin Ekow Blankson who was touring fire scenes in the region including Aboabo station and Dagombaline slum area said six of them were major fires.

Expressing worries about the spate of fire cases, he said they will reexamine their operations while highlighting some identified causes of the fires.

“So far we've responded to 16 fires and that has caused us to be a bit worried…So we are trying to reexamine the whole process,” he said.

He continued: “As you can see the first problem that is at hand which is foreseeable is congestion."

He bemoaned the reconstruction of slums at Dagombaline shortly after fire gutted the place.

"And while there are fires we are shocked to see reconstruction taking place. Instead of waiting for the district metropolitan assembly to plan [the slums] well, reconstruction has started and that is not good enough,” Mr Blankson said.