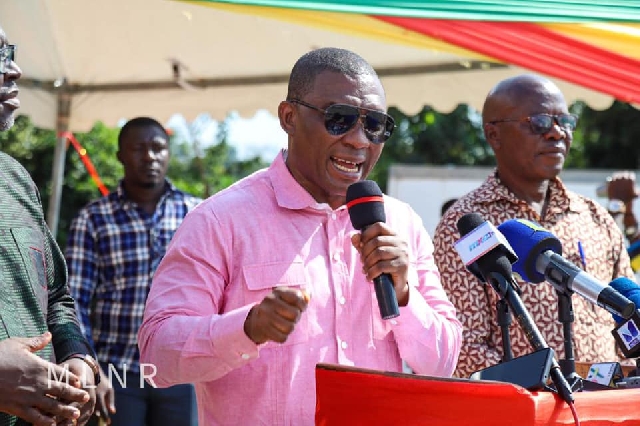 The Deputy Minister for Lands and Natural Resources, George Mireku Duker on Friday, November 18, 2022 launched the Atronsu-Ampenkrom Community Mining Scheme for residents of Atronso in the Bibiani Anhwiaso Bekwai Municipal Assembly of the Western North Region.

The Community Mining Scheme (CMS) is projected to create 2000 direct jobs and 1000 indirect jobs for residents in Atronso Apemkro and nearby towns.

Speaking at the launch, Mr Duker said in the face of economic turmoil triggered by global factors, the government has remained faithful to its promise of creating jobs by creating a more responsible and sustainable mining model. 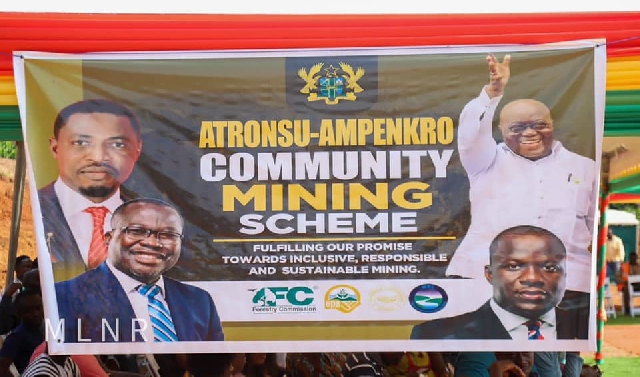 Mr Duker diffused criticism that government has mismanaged the economy, stressing that the situation could have been a lot worse had it not been for the homegrown policies instituted by the government.

He disclosed that government is committed to sanitising the small-scale mining sector due to the enormous benefits it offers the country.

He added that whereas large-scale mining companies employs over 30,000 Ghanaians, the small-scale mining sector employ more than a million Ghanaians. 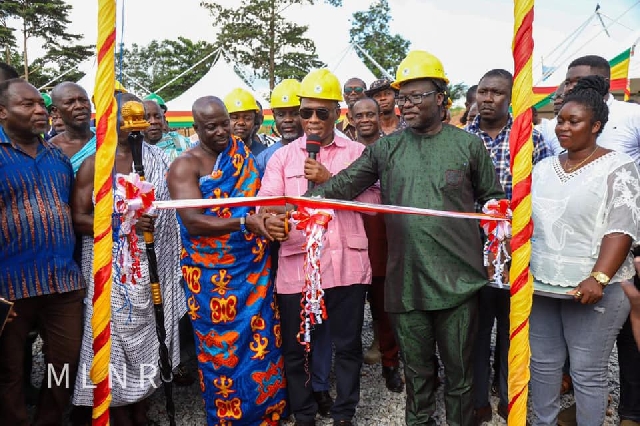 The Deputy Minister said it is for this reason that despite calls for government to shut down the sector, it has remained steadfast in sanitising the sector instead of shutting it down.

In a message to the community and its leadership, he cautioned them against allowing foreign involvement in the scheme and also urged to protect the waterbodies in the area.

He called for a collaborative effort from the public and the government to protect the country’s rich mineral resources.

Mr Duker outlined measures instituted by government to fight illegal mining which among other things include the recruitment of 300 river guards to provide permanent patrol on waterbodies, procurement of speedboats for patrol on waterbodies and the registration and tracking of all earth-moving equipment in the country. “We are experiencing a global economic crisis. It’s not only Ghana, it’s everywhere in the world. God has blessed us with gold and it is creating jobs for us. All the large-scale mining companies employ 30,000 persons. Act 703 permits Ghanaians to engage in small-scale mining. Small-scale mining employs over one million Ghanaians.

“I will never call for the banning of small-scale mining. The Community Mining Scheme will create jobs for the youth in the community but that does not mean we must destroy our waterbodies. We must all support government and protect our river bodies”, he said. Alfred Obeng, the Member of Parliament for Bibiani Anhwiaso Bekwai said the fight to safeguard Ghana’s resources requires the support of all.

He underscored the importance of the Community Mining Scheme for the youth in the area and commended the Ministry for the efforts.