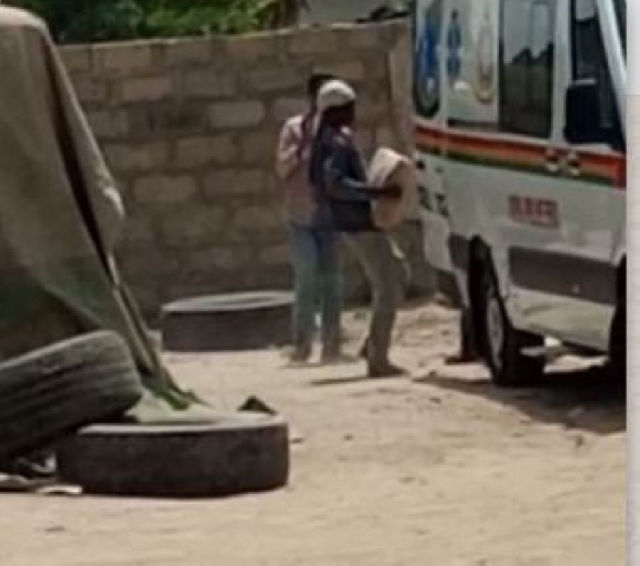 The National Ambulance Service has said none of its staff used one of its ambulances with registration number GV-537-20 to carry cement.

In a viral video, two men are seen loading an ambulance believed to be among the fleet of vehicles belonging to the National Ambulance Service, with bags of cement.

Explaining the circumstance that led to that occurrence in a statement, the Ambulance Service said the incident occurred on or around 26 March 2021 while the vehicle in question was in the custody of the suppliers – Services Ghana Autogroup Limited.

The statement said while the Autogroup was repairing a minor fault on the ambulance, it sent the vehicle to its garage but one of the company’s mechanic called Nana Ofosu, a gearbox specialist, drove the ambulance toward the Mallam-Kasoa-Winneba road for a test-drive.

According to the statement, during the test-drive, Nana Ofosu used the vehicle for his private purposes – to convey the cement.

The ambulance service said the vehicle is still in the custody of Services Ghana Autogroup Limited and, thus, not part of its fleet.