Nat’l Cathedral: Ablakwa’s allegations against me, malevolent and ill-inspired – Dame 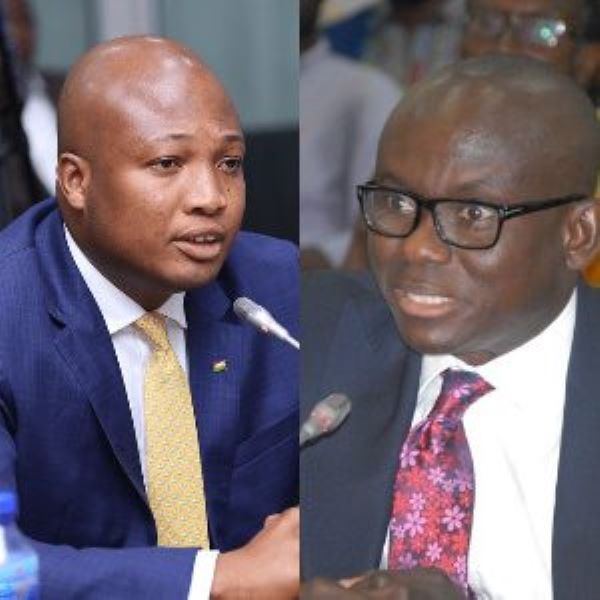 The AG, who described Mr Ablakwa’s allegations as “malevolent” also wants the North Tongu MP to apologise for peddling falsehood against him

The Attorney General (AG) and Minister of Justice, Godfred Yeboah Dame has described l called on the Member of Parliament(MP) for North Tongu, Samuel Okudzeto Ablakwa, to retract the allegations of conflict of interest he made against him with regards to the construction of the National Cathedral.

The AG, who described Mr Ablakwa’s allegations as “malevolent” also wants the North Tongu MP to apologise for peddling falsehood against him.

The North Tongu legislator had asserted that the AG, while serving as a member of the Public Procurement Authority (PPA) which approved a contract, had been registered as Secretary of the National Cathedral Board.

Mr Ablakwa in a Facebook post wrote: “It is quite revealing to observe that when the National Cathedral was incorporated on 18th July 2019; the then Deputy AG, Godfred Dame was registered as Secretary. During that same period, he served on the board of the PPA which approved Adjaye’s irregular sole sourcing contract.”

Reacting to the North Tongu MP’s claims in a statement, the AG said: “I state that my role as Secretary (not a director or member) to a not-for-profit company owned by the state does not present me with any personal interest which conflicts with the performance of my functions as Minister.

It added that: “I consider the allegations by Mr Okudzeto Ablakwa malevolent and ill-inspired for the simple reason that a cursory examination of the facts would have revealed the untruth in them. I call on the Member of Parliament to retract and apologise to the public for the falsehood he has published against me, failing which I may institute legal action against him.”