Nkoranza: One killed while seeking justice for Albert Donkor 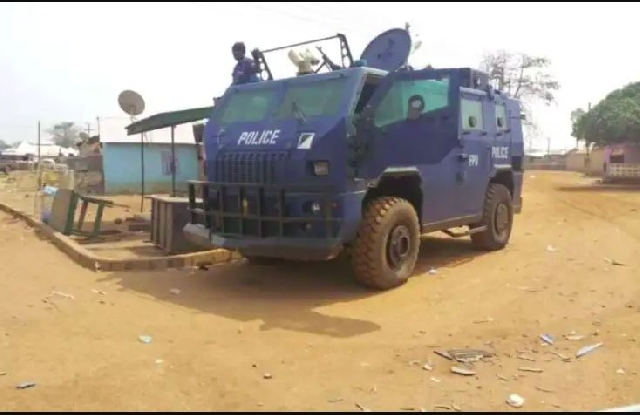 One person had died from the clash between the angry youth of Nkoranza and the police on Tuesday, 17 May 2022.

The youth were seeking justice for one of their colleagues, Albert Donkor, who was shot and killed by the police on suspicion of armed robbery.

The angry youth, in their attempt to seek justice for Mr Donkor, blocked roads, burnt car tyres and later attacked the municipal police headquarters and ravaged police vehicles and property amid warning shots from the law officers.

The police said Mr Donkor was a robbery suspect but the locals believe the young businessman was targeted and killed by the police because he witnessed a robbery incident involving a police officer on the Nkoranza-Kintampo road.

During the disturbances, six persons were injured and sent to the St Theresa’s Hospital, Nkoranza.

One of the injured persons died while receiving treatment and five others are currently on admission responding to treatment.

The police confirmed the death in a statement via which the law enforcement body announced the restoration of law and order in Nkoranza. 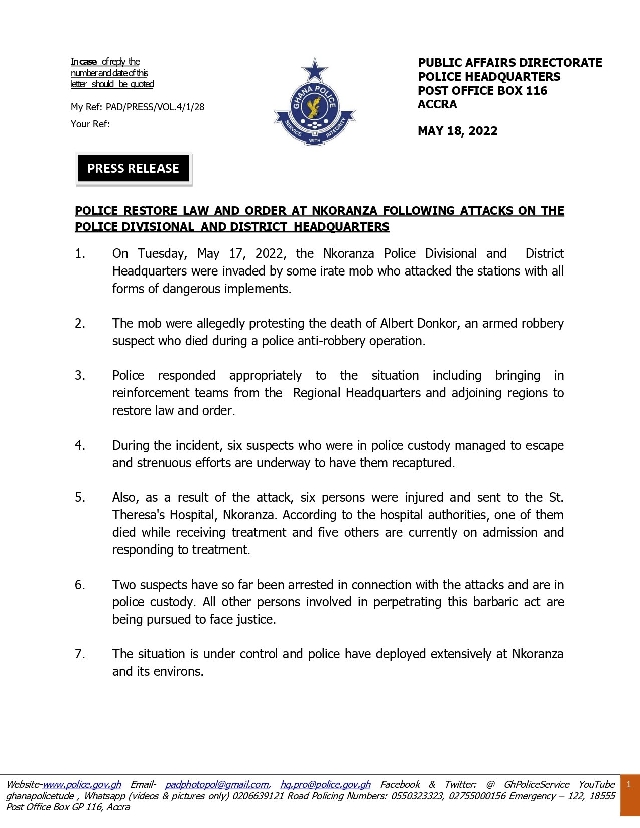 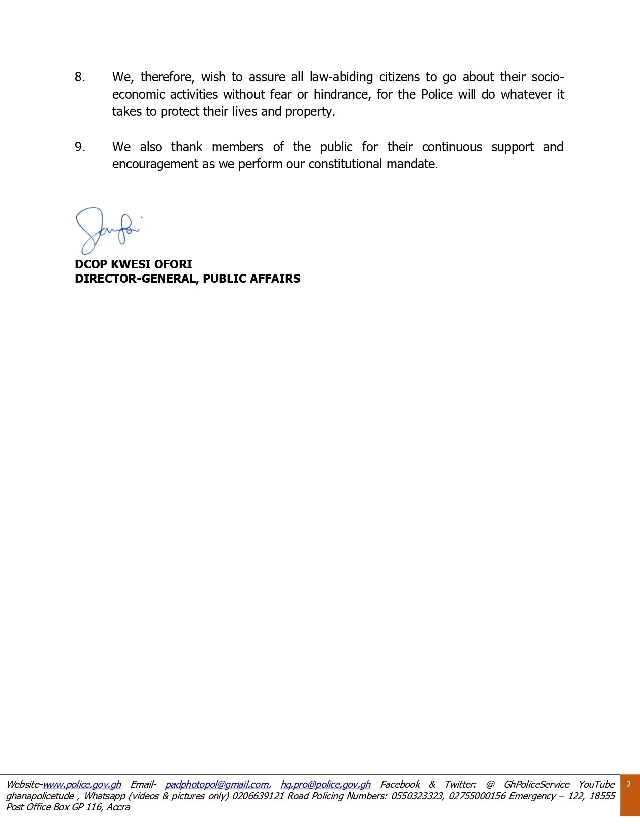