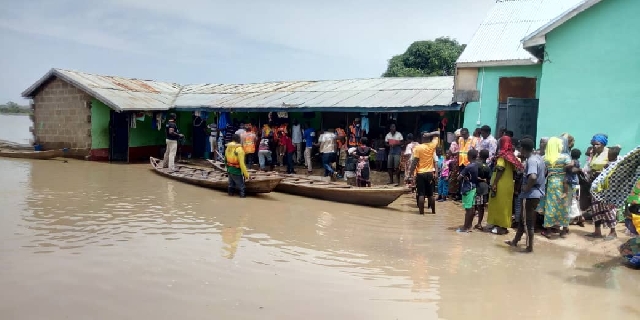 Bagre Dam spillage has claimed many lives and property, rendered others homeless this year

Over 750 residents of the North Gonja District of the Savanna Region have been rendered homeless following the spillage of the Bagre Dam, reports Class News' regional correspondent Zion Abdul-Rauf.

The Director of the Savanna National Disaster Management Organisation (NADMO), Mr Mahama Tahiru, disclosed that his team is still collating the figures to ascertain the exact number of victims of the flood.

The Assemblymember for Daboya West electoral area, Mahama Shaibu, revealed in an interview with Zion Abdul-Rauf that the damage caused by the spillage of the Bagre Dam is the biggest of its kind in over 30 years. 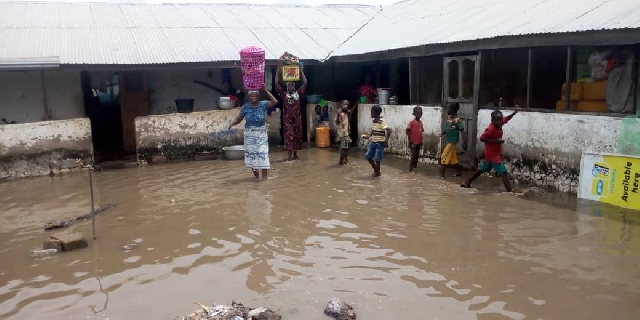 Explaining the situation, he called on the government and non-governmental organisations to help manage the losses incurred.

“As an assemblyman, I have a lot of challenges.

“When the water started coming, my electorates started complaining and as you can see it is an eyesore.

“A lot of damage has been caused.

“A lot of our farm produce has gone.

“Farmers, fishermen and residents; we don't have a place to even lodge, so, it is a big challenge to us.

“I appeal to organisations to come to our aid to help us so that we can have a comfortable place to lodge ourselves or replace the damages,” he noted.

For his part, the Savanna regional minister, Adam Salifu Braimah, who was accompanied by the Regional NADMO Director, disclosed that plans are far advanced to mitigate the situation.

“The government of the day is committed to the cause of constructing a modern bridge to salvage the good people of North Gonja district and like the Vice President, a few weeks ago, rightly said, the contractor of this said bridge would soon move to site.

He indicated that the Pwalugu Dam, when completed, will end the rampant havoc caused by the Bagre dam spillage in the country.

He further stressed the need for the inhabitants of that area to be cautioned against building along spillage-prone locations.

“Fortunately, we haven't recorded any casualty yet but I still want to admonish those closer to the riverbank to as a matter of urgency move to the safest place as soon as possible. So, I have directed the Regional NADMO Director to provide the victims of this unfortunate situation some relief items to mitigate their plight.”