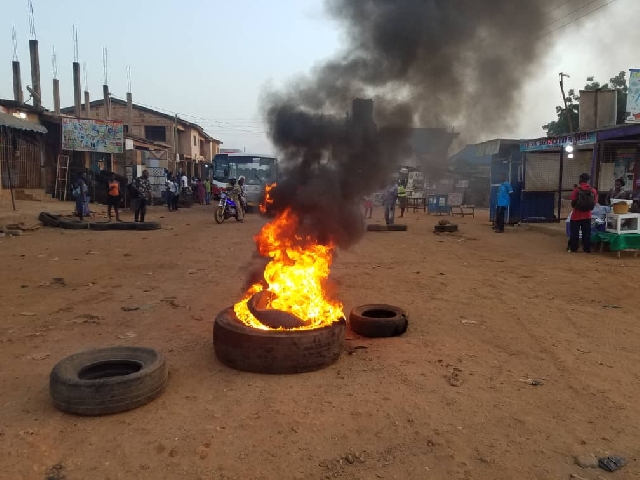 Scores of residents in the Kpone Katamanso Constituency in the Greater Accra Region on Monday, 18 November 2019 demonstrated against the government over the bad state of their roads.

The angry residents set car tyres ablaze and blocked the roads during their protest.

Their outburst was a direct response to the failure of the authorities to meet a two-week ultimatum they had given them within which to fix the roads following numerous attempts. 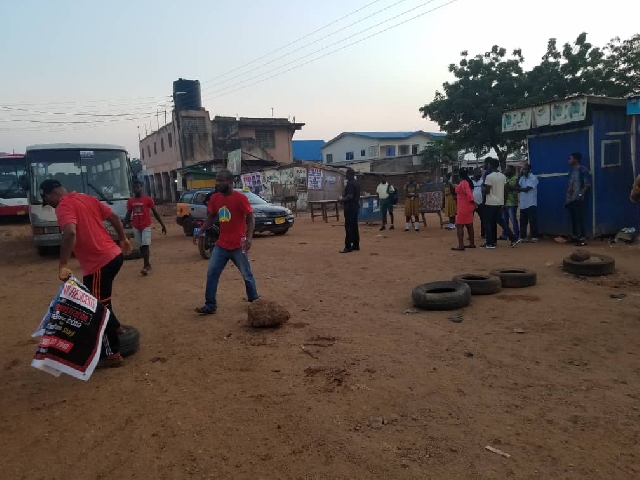 The bonfires and road blockade caused a gridlock.

Checks by Class News revealed that some grading works commenced overnight ahead of the demonstration but the residents saw it as a charade.

“This is like hell”, complained one of the angry residents, revealing: “It was yesterday that they brought gravels here but this time round, we the youth are rising because enough is enough.” 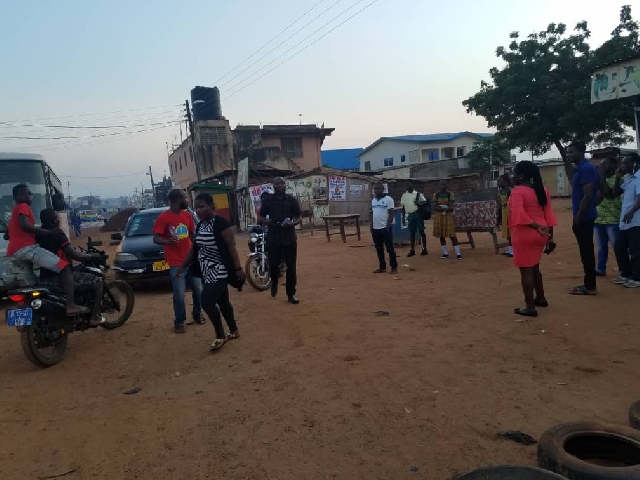 Another man said: “This is the time that we the youth we need to show the government that we are growing wiser. You will go to work and close at 5 but you can spend more than 2 hours on this road. We won’t vote in 2020 if they don’t fix the roads.”

“Ghana belongs to all of us. Look at our road. Is it a fishpond? It is not, so, they have to come and fix our roads,” another demonstrator fumed.

The MP for the area, Nii Laryea Afotey Agbo, who belongs to the main opposition National Democratic Congress (NDC) told Class News’ Gemma Appiah in an interview on 12 Live that the erstwhile Mahama administration had a plan to construct the roads in the area but the party lost in the 2016 polls.

“To some extent, we are being vindicated”, Mr Afotey Agbo said, explaining: “We had plans to construct all the major roads in the constituency, we brought in Urban Roads officials to check the project for the plan, I used my position as the minister then to bring a grader for the project but today, where is the grader? That doesn’t stop the DCE from fixing the raods”, added.