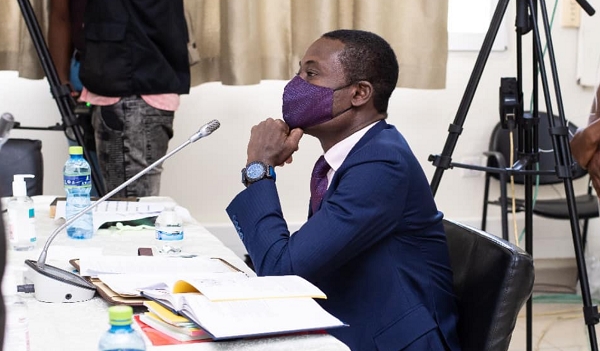 Mr Kissi Agyebeng’s nomination for the Special Prosecutor slot has been approved by parliament.

First Deputy Speaker of Parliament, Mr Joe Osei-Owusu told the house on Friday, 30 July 2021 that the “motion is adopted,” adding: “Mr Kissi Agyebeng has been confirmed as a nominee for the position of Special Prosecutor.”

Once sworn into office, Mr Agyebeng will succeed Mr Martin Amidu, who resigned in the lead-up to the 2020 elections amidst claims that the president had interfered in his mandate.

“The committee unanimously agreed to recommend him to the house for approval,” Mr Osei-Owusu said.

During his vetting, Mr Agyebeng told the committee that he intends to guard his independence jealously in carrying out his mandate in terms of investigating, preventing, prosecuting corruption cases and managing seized, frozen or confiscated properties.

In his view, the relevance of the OSP cannot be overemphasised and, thus, warned: “…The day we scrap this office is the day we say goodbye to our fight against corruption”.

“Its relevance is borne out by its attributes and its uniqueness”, he argued, adding: “It is unique, as compared to all the other law enforcement agencies in respect of its mandate because no other institution has been carefully designed and thought-out to fight corruption specifically as Act 959 has done and Hon Chair, in respect of this, the office of the special prosecutor is the gold standard under the UN convention against corruption and the AU convention on the prevention and combatting of corruption”.

“The international community, including Ghana ratified these conventions in the early 2,000s, I think 2002 if I’m not wrong, that every jurisdiction requires such a specialised agency, it should be made independent with a specialised trained staff to focus on the fight against corruption”, he observed.

According to him, the OSP is relevant because the Attorney General “is a member of cabinet, he’s part of the government. How independent would he be in terms of certain individuals if they were to fall foul of the law if, for instance, they are also members of cabinet or members of the government?”

“But in respect of the OSP, the person manning it, who is not part of the government machinery, who is independent; and Hon Chair, if given the nod, I’m going to guard my independence jealously,” he said.

“God himself will not acclaim to that but I am going to make corruption very costly to engage in”, Mr Agyebeng told the committee.

Mr Agyebeng is the Chairman of the Electronic Communications Tribunal.

Mr Amidu resigned from the position on 15 November 2020 citing interference by President Nana Akufo-Addo in his job.

In a letter to the Presidency, Attorney General Godfred Dame said: “Kissi Agyebeng possesses the requisite expertise on corruption and corruption-related matters and is of high moral character and proven integrity and satisfies all the other requirements stipulated in section 13(1) and (2) of Act 959.”