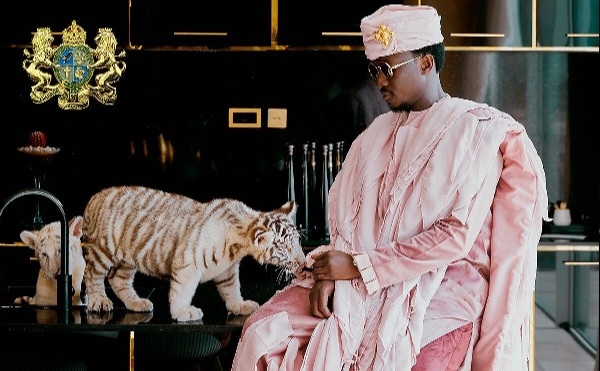 The police says it has reached out to the Wildlife Division of the Forestry Commission to relocate two tigers found in a residential facility in Osu in the Greater Accra Region.

Residents of the area, out of fear, complained that the business mogul's pets posed a threat to their lives.

Upon receiving the news, the police said its investigation confirmed the existence of the tigers in the said residence and, as such, a special police team has been deployed to provide adequate security in the affected neighbourhood to ensure the safety of residents until the animals are relocated. 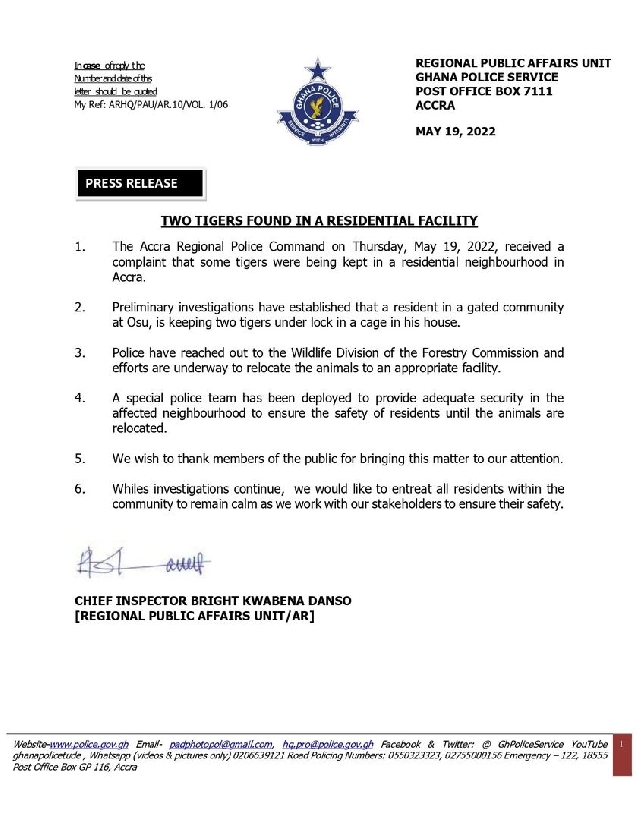 "First of all, it is right; I have two tigers that I bought on a bid between Ghana and Dubai", he admitted.

"I was the representative from the private sector that initiated my interest in purchasing these two animals".

"But we did go through the process, the animals are seven months old, still at the very young stage", he said.

"I went in to buy these animals to add the value of tourism in our country".

"I wanted to go into the Safari World by making sure that Ghana becomes the first country in the whole of West Africa, East Africa, and Central Africa, except for South Africa, which has these animals", he noted.

"We wanted to be the first that will have it and so, I went in for the male and the female version of it. I have been keeping them for six months now".

"I brought experts from outside to create a safety cage for these animals, so they don’t become dangerous to the public", he told Accra-based TV3.