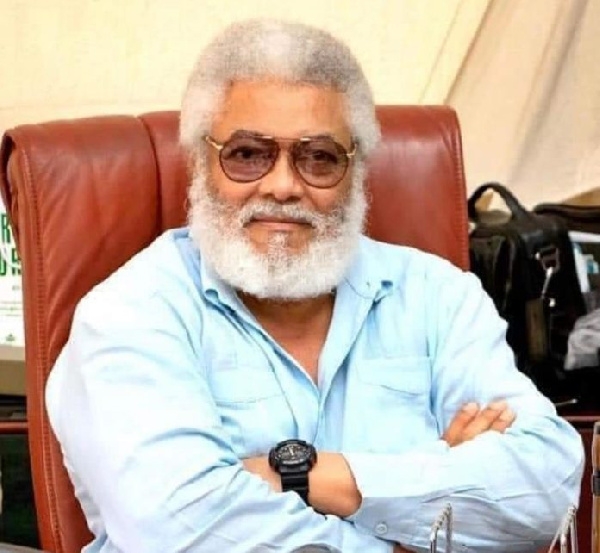 The funeral of His Excellency Flight Lieutenant Jerry John Rawlings will commence today Sunday, 24 January 2021with a Catholic Requiem Mass at the Holy Spirit Cathedral in Accra.

The Mass service will be offered between 2 pm and 4 pm today.

The Catholic Requiem Mass will be followed by a vigil at the Air Force Officers Mess near the El-Wak Stadium at 6 pm.

The former President will be laid-in-state at the Accra International Conference Centre for two days; from Monday, 25 January 2021 to Tuesday, 26 January 2021.

The bereaved family will receive the body privately at 5 am on Monday.

Several dignitaries including politicians, government officials, traditional and religious leaders and the general public are expected to file past between 8 am to 6 pm.

On Wednesday, 27 January 2021, the four-day funeral rites will be climaxed with a state funeral at the Black Star Square. The burial service will commence at 9.10 am. 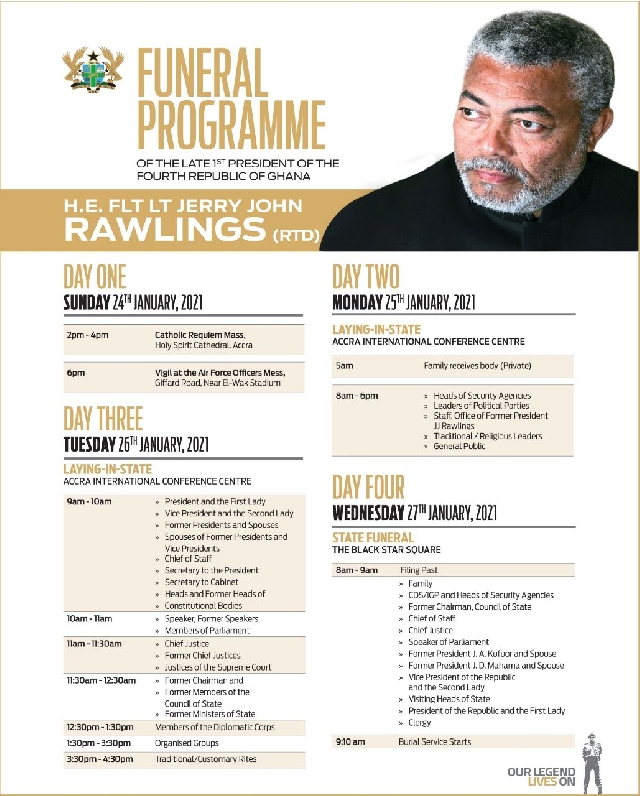 He was survived by his wife, former First Lady Konadu Agyemang Rawlings and four children.