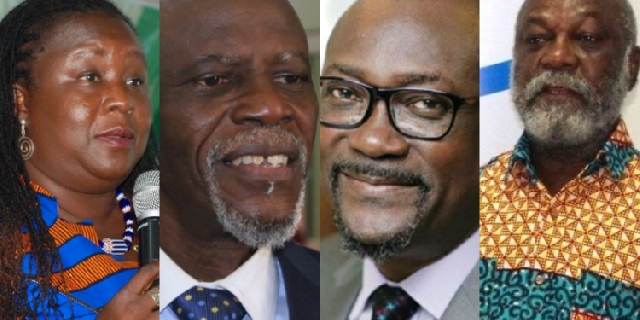 Some of the professors fighting the anti-LGBTQI bill

Some 15 experts in various fields have forwarded a memo to parliament kicking against the “undemocratic” anti-LGBTQI+ bill.

In their view, the Promotion of Proper Human Sexual Rights and Ghanaian Family Values Bill 2021, which is being championed by some legislators, is an “impermissible invasion of the inviolability of human dignity.”

The private members’ bill, which is in the works, is proposing a 10-year jail term for offenders, including promoters of any sexuality that falls within the LGBTQI+ spectrum other than between a man and a woman.

The legislators promoting the bill submitted a copy of the draft to the Speaker of parliament on 29 June 2021.

In the view of the 15 professionals opposing the bill, railroading it through would mean challenging Ghana’s 1992 Constitution.

The 18-page memorandum noted that “the proposers of this far-reaching claim have not provided any data or evidence to suggest that there is such a threat, beyond a resort to some dogmatic religious tenets and so-called Ghanaian family values.”